Yeh Rishta Kya Kehlata Hai is the most-loved and popular show on Star Plus. The lead actors Shivangi Joshi and Mohsin Khan, who play the roles of Naira and Kartik, became a popular jodi and are loved by the viewers. Recently, producer Rajan Shahi announced that the show will be taking the biggest leap in February 2020. Fans were worried and warned the makers that they would not watch the show if their favourite actors are replaced. But, a recent report suggests that the show is not taking any generation leap!

As per a Tellychakkar report, the post was shared just to create a buzz about the show. Apparently, the announcement was made to 'warn' the actors!

A source was quoted by the entertainment portal as saying, "The post is just to create buzz about the show. Rajan sir made an announcement on his social media to warn his cast that nothing is above the show."

It has to be recalled that the producer had clearly mentioned in his post that 'nobody is bigger than a show'. He wrote, "Biggest Leap Feb 2020 On Biggest Show Is Inevitable #Nobody Is Bigger Than A Show#Be It Anybody # Humility Respect Toward A Show # Have With My Dkp Team In The Past Proved That #We Love Challenges #2020 Feburary." - (sic)

He further wrote, "#Leap Soon In And On "Biggest Show I Have Produced Till Date And Biggest Leap" # A Bold But A Collective Call Step To "Start Afresh With A Selected Cast "Feb 2020 " I Will Not Repeat Past Mistake #So Best Of Luck To My Behind The Scenes Strenght Of Creatives Writers Directors And Production# Biggest Show Biggest Leap #Nobody Is Above A Show🙏 A New Generatinon Of My Most Loved Jodi🙏." - (sic) 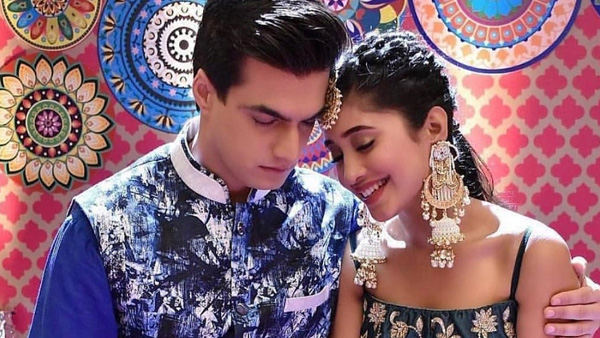