Colors' popular stunt-based reality show Khatron Ke Khiladi 10 started off with a bang last week. Just like last season, this year too, the makers have roped in interesting line-up of celebrities. As the viewers are aware, in order to survive in the show, the celebrities have to perform some dangerous stunts. Recently, Adaa Khan shared a horrific incident where she slept with a cockroach in her ear.

A Tiny Cockroach Managed To Get Into Adaa’s Ear!

The actress told TOI that during a stunt, which involved cockroaches, a tiny cockroach managed to get into her ear even though she wore ear plugs! Adaa added that when she came out, she could sense something in her ear, but they said that it's just her imagination. The actress further said that she couldn't sleep and went to doctor the next morning.

‘Cockroach Just Popped Out Of My Ear Alive’

Adaa told the leading daily, "The doctor put drops in my ear. Amruta (Khanvilkar), Tejasswi (Prakash), everyone was there with me in my vanity and we were all figuring what's happening. The doctor tried to see with a torch but he couldn't see it. Later, he put the drops and the flickering just got faster and the cockroach just popped out of my ear alive. We all just freaked out."

She also shared a picture of the cockroach on her Instagram and captioned it as, "This was that tiny lil cockroach... I slept with in my ears. It definitely gave me trass." - (sic)

The Naagin actress also shared that she suffered from scorpion allergy. Adaa revealed, "There were blue-marks on my body everywhere. But I enjoyed my time on the show. I guess I was the delicate one amongst all, I suffered a lot of allergies on the show, every day they had to take me to the hospital for some or the other thing, it was weird but at the same time funny." 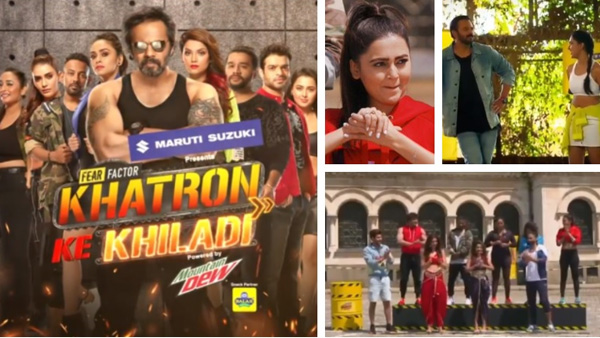