Amidst lockdown and a pandemic that is affecting millions, Doordarshan decided to telecast iconic show, Ramanand Sagar's Ramayan and was successful in achieving its objective to help people stay at home. Recently, it was also revealed that the show garnered record number of viewership in the first weekend itself. Doordarshan yet again reinforced its position in the hearts of Indians and the show has impressed the new generation too. Especially, Laxman's savage responses, Urmila's sacrifice and Bharat's love for Ram, has been liked by all and hence have promoted hilarious memes. Take a look at a few tweets and memes!


Sharing a picture of Laxman and Urmila, another user wrote, "#Ramayan Today ramayan's lesson : In this fake world i just want our long distance relationship to be like laxman and urmila..."

When Laxman ji arrived in Kutiya when Shurpanakha was messing with Shri Ram,

Ram be like, I got this bro. Chill. #Ramayan #RamayanOnDDNational pic.twitter.com/VZXWi4YR9J

Posting a picture of Bharat, a user wrote, "In the era of betraying, catchy, deceitful, deceptive and Fake Love, Be someone's Bharat. 😭 #Ramayan."

In the era of betraying, catchy, deceitful, deceptive and Fake Love,
Be someone's Bharat. 😭#Ramayan pic.twitter.com/7ttpxWHnoR

For the uninitiated, Ramayan was first aired in 1987. As we revealed, it is being re-run on DD National at 9 AM and 9 PM. The mythological show stars Arun Govil as Ram, Deepika Chikhalia as Sita, Sunil Lahri as Laxman, Sanjay Jog as Bharat, Anjali Vyas as Urmila and Arvind Trivedi as Raavan. 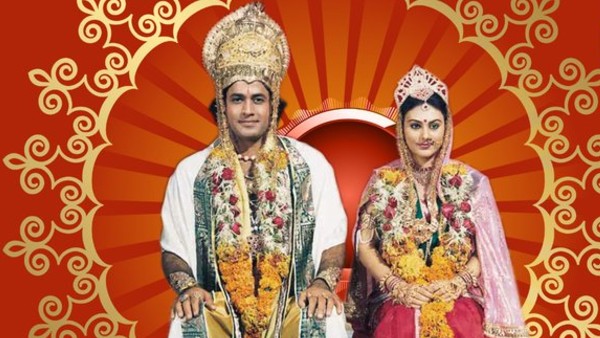