Deepika Padukone is happily married to actor and Padmaavat co-star Ranveer Singh, and the two are one of the beloved couples of the B-town. But out of all her exes, fans are at times, still wonder what happened between Deepika Padukone and Vijay Mallay's son Sidharth Mallya.

The two had been dating for some time, when they were spotted kissing during an IPL match. Though Deepika never talked about their relationship openly, Siddharth reportedly had revealed to the media that they were dating each other.

Their relationship didn't last long and the two broke up for unknown reasons, but a recent report in Women's Era states the actress chose to part ways because of status and class.

In the report, the tabloid quoted the actress saying, "I tried hard to make the relationship work but his (Siddharth) behavior in recent times has been disgusting. The last time we met on a dinner date he asked me to pay the bill. That was so embarrassing for me. I was left with no option but to end this relationship as there was nothing left for me to keep holding on to it." She told IBT.

On the other hand, the portal also reached out to Sidharth about the matter and he said he was unable to understand what the confusion all about. The report shared Sidharth's reaction to Deepika's statement, "Deepika is a crazy female, I told her that I'll return her money once dad clears his debts and the government sets him free but she was just not ready to settle down.

He also added, "She (Deepika) has forgotten the time I gifted her with expensive diamonds, luxurious bags, have spent huge on her vacations and hosted parties for her friends on her behalf."

The relationship has been long gone in the past and Deepika Padukone has moved on in life with husband Ranveer Singh. The two got married in December 2018, and are all set to return on screen together for the first time after tying the knot. 83 will star Ranveer Singh in the leading role of Kapil Dev while Deepika will be seen as his on-screen wife, Romi Dev. 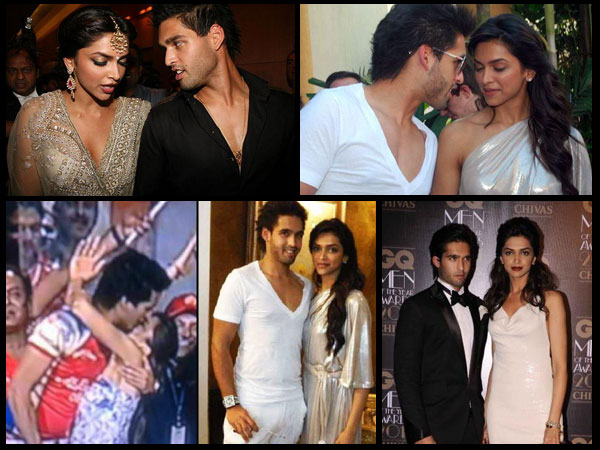 Sorry Ranveer! These 10 Pics Of Deepika Padukone With Ex-Boyfriend Siddharth Mallya Are So Charming