Deepika Padukone sure knows how to catch everyone's attention at the airport with just her presence. On Thursday afternoon, Deepika was snapped at the airport, looking cool in a casual avatar. She sported a camouflage zip up jacket with ripped jeans and a pair of black sneakers when she was snapped. On the work front, Deepika has been prepping for Meghna Gulzar's Chhapaak, a biopic on acid attack survivor Laxmi Aggarwal.

Anushka Sharma too was snapped at the airport in the early hours of Thursday morning. Anushka looked chic in an all black avatar, wearing a black satin jumpsuit which she accessorized with a black handbag, and sported a cool pair of vintage sunglasses. Anushka was last seen in the movie Zero in which she starred opposite Katrina Kaif and Shah Rukh Khan.

Janhvi Kapoor was out and about in the city when she got clicked by the paparazzi. Janhvi stepped out in a casual avatar, wearing a pink racer back tank top with a pair of blue sweatpants, with her hair tied up in a pony tail. Janhvi has been prepping for the role of Gunjan Saxena, an IAF combat pilot, for a biopic on her.

Sunil Shetty & His Wife Get Papped At The Airport

Sunil Shetty and his wife Mana Shetty were snapped at the airport on Thursday afternoon. Sunil looked cool in a white t-shirt with black trousers whereas Mana wore a camouflage jacket over a black t-shirt and ripped denims, and carried a black Chanel handbag. 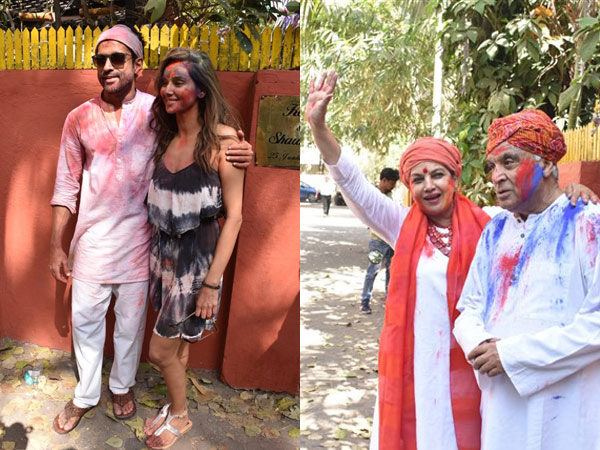