Right from their fairy-tale wedding to always being supportive of each other, Priyanka Chopra and Nick Jonas are hands down, a picture-perfect couple! Their Instagram posts are filled with PDA giving us some major relationship goals.

In her recent interview with ET Online, the 'Sky Is Pink' actress made some really cute revelations about Nick and also spoke about how they meet each other at least once in 10 days, no matter where in the world they are.

The 'Quantico' beauty revealed that Nick always insists to look at her face every morning.

The magazine quoted her as saying, "It's actually really annoying, but he insists on looking at my face when I wake up. I'm just like, ‘Wait one minute. Let me just go get a little mascara on, let me put on my moisturizer. I'm, like, sleepy-eyed face right now, but he's just ... it's amazing and super sweet."

She Calls Him A 'Perfect Husband'

"That's what you want your husband to do. But it's also, like, a little awkward. OK. He's like, ‘Let me stare at you, you aren't even conscious yet.' Like, literally, I'm not even, I'm not joking. It's really wonderful."

Recently, fans trolled Nick over his dad-bod seen during her birthday vacation in Miami. Reacting to this, Priyanka told the magazine, "I'm really not someone who concerns myself with people's opinions. I'm kind of like the ‘live your life your way' kind of girl and I think so is he. And if people can find something to say about Nick's body, God help us."

Speaking about their busy schedules, Priyanka said, "We have a rule. We don't go beyond, like, a week and a half of not seeing each other. Both of us have such individual careers that we make a deliberate attempt to at least always [meet] wherever in the world we [are]."

On the work front, Priyanka will be next seen in Shonali Bose's 'The Sky Is Pink' co-starring Farhan Akhtar and Zaira Wasim. The film is slated to release on October 11, 2019. 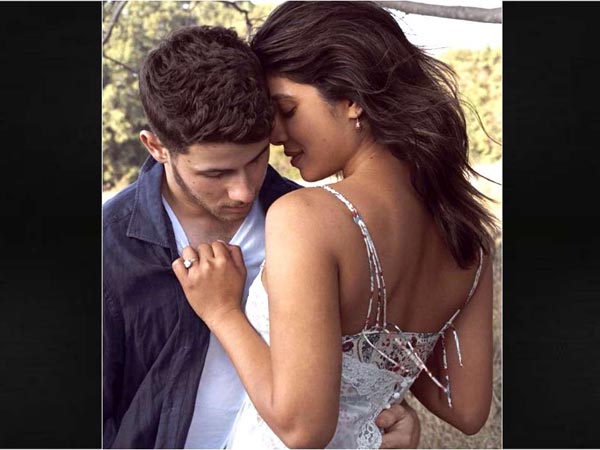 Priyanka Chopra-Nick Jonas Are Not In A Rush To Have Babies Because Of This Reason?