Lately, Ranveer Singh has been painting the town red. Well, the 'Gully Boy' actor has bought for himself a sparkling red Lamborghini Urus and is often seen zipping all over the town in his new beast, the cost of which will blow your minds.

We recently came across a few pictures of Ranveer in his new red car and we just couldn't help ourselves from sharing it with you folks. Have a look at them here.

The Cost Of Ranveer's Car Is Worth A Bomb

The sparkling red Lamborghini Urus comes at a whopping price of Rs. 3 crore and Ranveer shelled out this amount to own this red beauty.

On Tuesday, the actor took to the wheels and was seen zipping out on the roads of Mumbai. Meanwhile, his car is yet to have a permanent registration number on the plate. Later, Ranveer stopped his car at Sanjay Leela Bhansali's office, sparking off rumours about a possible collaboration on a film.

Do You Know This?

The superstar will be next seen in Kabir Khan's '83' where he will be essaying the role of Kapil Dev. His wife Deepika Padukone is also a part of the movie. Ranveer is also a part of Karan Johar's 'Takht'. Meanwhile, the actor's last release, 'Gully Boy' co-starring Alia Bhatt has been selected as India's official entry to Oscars 2020. 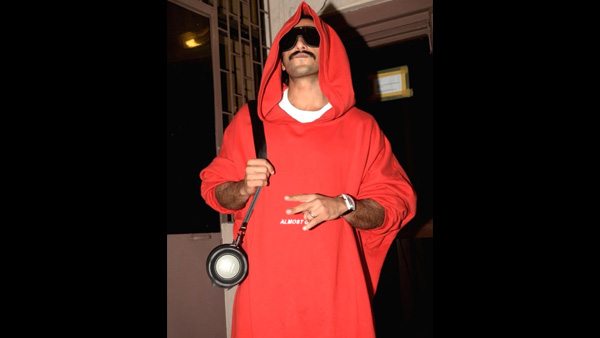