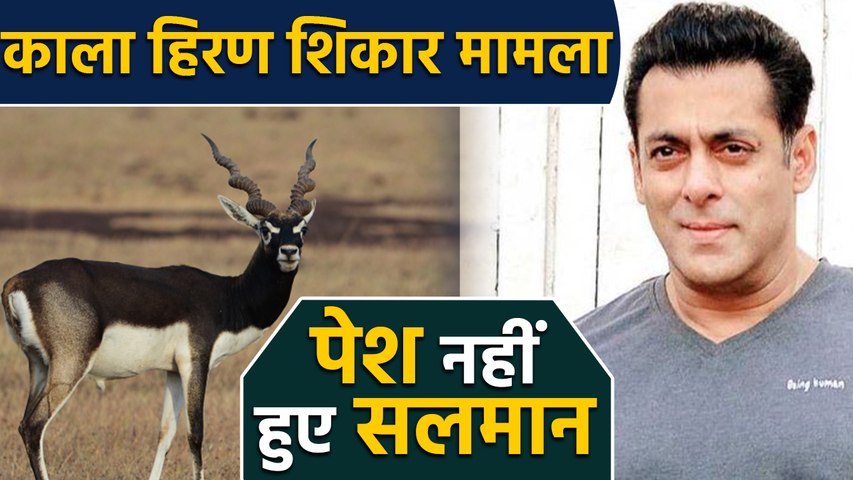 Actor Salman Khan reportedly skipped appearing in the Jodhpur Court today in connection with the 20-year-old blackbuck poaching case. A court in Jodhpur had directed the actor to appear for a hearing regarding the case on Friday (September 27).

Citing security reasons, the megastar did not appear before the court, according to reports. The actor was issued a death threat by a gangster last week, reports say. A Facebook account which goes by the name 'Gary Shooter' posted a photo of Salman Khan with red roses. However, his lawyers stated that the actor was tied up with his shooting schedule. The court accepted the plea and the next hearing has been scheduled for December 19.

In connection with the blackbuck poaching case, the actor was given a five-year sentence and the District and Sessions Court in Jodhpur is hearing Salman Khan's appeal against the verdict.

It was during the shooting of 'Hum Saath Saath Hain' in September 1998, that the actor along with fellow actors Saif Ali Khan, Tabu and Sonali Bendre, were accused of hunting two blackbucks.

A complaint was filed against all the actors by the members of the Bishnoi community, who worship the antelopes, a month after the alleged incident.

On October 12, 1998, he was arrested on charges of poaching endangered animals. However, he was granted bail subsequently. The other co-accused were given the benefit of doubt and were released.

Security was beefed up near the court, anticipating the actor's presence today, say media reports. Salman Khan has also been acquitted of allegedly poaching two chinkaras by the Rajasthan High Court.