A video which is being shared on the internet shows Aamir Khan in full costume, talking to his production team before a shot for his upcoming film Laal Singh Chaddha. Aamir can be seen in a clean-shaven look with his hair styled neatly. He is sporting an orange t-shirt and high-waist blue jeans.

Many fans commented on how young the actor looks in the video clip, and expressed that they can't wait to watch the movie.

For those who don't know, Laal Singh Chaddha is a Hindi remake of the Hollywood film Forrest Gump, which starred Tom Hanks in the lead. Aamir will be sharing screen space with Kareena Kapoor Khan. The two will be reuniting on screen after a long time. They were last seen together in the 2012 film Talaash.

Kareena, who is pregnant with her second child, left for Delhi last week with hubby Saif Ali Khan and son Taimur, to shoot her portion in the film before her baby bump becomes evident.

Laal Singh Chaddha is being directed by Advait Chandan with the script written by Atul Kulkarni. Earlier scheduled for a Christmas 2020 release, it was later postponed due to the Coronavirus pandemic. Ajit Andhare, chief operating officer of Viacom18 Studios, said that the film will now release on Christmas 2021. "We will still keep the Christmas date, not 2020, but in 2021. #LaalSinghChaddha. New Release Date. @aamir_khan @Viacom18Studios. All focus on film completion for now!" he had tweeted. 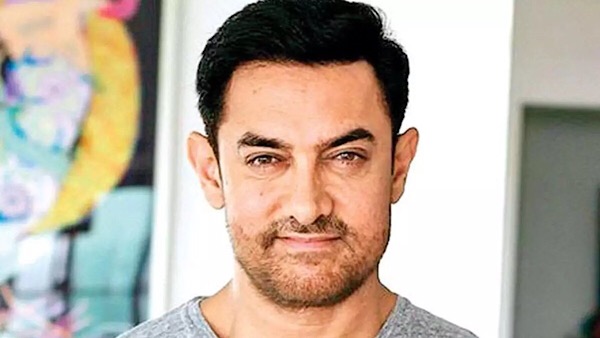