Music composer Wajid Khan of the Sajid-Wajid duo passed away in Mumbai on 31 May 2020. He had been suffering from kidney and heart ailments and was diagnosed with COVID-19. FilmiBeat had last evening reported that Wajid Khan was in a hospital in Mumbai in serious condition. The music composer has now breathed his last. He was 42.

Wajid had been admitted to the Kokilaben Dhirubhai Ambani Hospital in Mumbai and was reportedly on ventilator. He had been suffering from kidney problem for the past few years. Sanjay Tandon of the Indian Performing Right Society (IPRS) had earlier confirmed the news of Wajid's hospitalisation to FilmiBeat, saying, “We have received a message that he is not well and has been hospitalised. I am trying to reach Sajid to know about his condition.''

Singer Sonu Nigam said on Facebook after his demise, "My Brother Wajid left us." Music composer Salim Merchant of Salim-Suleiman duo tweeted, "Devastated with the news of the passing away of my brother Wajid of Sajid -Wajid fame. May Allah give strength to the family. Safe travels bro @wajidkhan7 . you've gone too soon. It's a huge loss to our fraternity. I'm shocked & broken . Inna Lillahi wa inna ilayhi raji'un".

Wajid had been keeping a low profile due to his ill-health but was last seen making an appearance at the music launch of Salman Khan’s film Dabanng 3. Sajid-Wajid have been Salman Khan's favourite music composers and were given a break by the Bollywood superstar in his film Pyaar Kiya Toh Darna Kya in 1998. Sajid-Wajid recently composed Salman Khan's lockdown songs Bhai Bhai and Pyaar Karona.

Going by the turn of events, the year 2020 is not at all a happy year. In the past few months, a number of folks from the entertainment industry in Bollywood as well as the south have suffered poor health, with some having passed away. Bollywood was rocked with the back-to-back deaths of acclaimed actors Irrfan Khan and Rishi Kapoor on April 29 and 30, respectively.

Our condolences to the family of Wajid Khan. 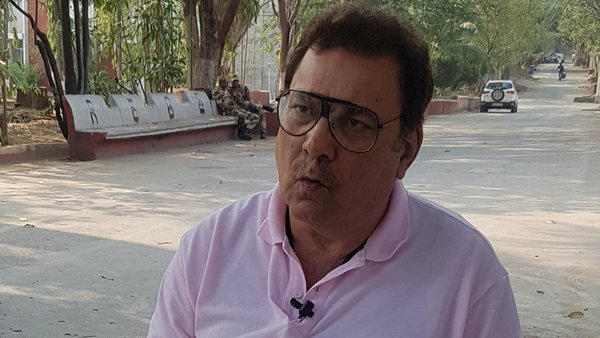