Bollywood megastar Amitabh Bachchan often takes to social media to share rare pictures and trivia about his work. Recently, the Don actor spilled the beans on his look from one of his most iconic movies, Yash Chopra's Deewar. Big B narrated an interesting story about how his iconic knotted shirt look was originally not a part of his on screen character.

The superstar revealed that on the first day of shoot, he and the makers realized that the shirt which was supposed to wear was made too long and it reached beyond his knees. Since there was no time for the director to wait for another shirt or replace the actor, Big B tied it up in a knot and the rest is history!

Amitabh Bachchan shared a still from Deewar and wrote, "Those were the days my friend .. and the knotted shirt .. it has a story .. first day of shoot .. shot ready .. camera about to roll .. and the discovery that the shirt has been made too long - beyond the knees .. director could not wait for another shirt or a replaced actor .. so tied it up in a knot and."

Meanwhile, fans were thrilled to know this backstory about one of Big B's most popular looks. An Instagram user wrote, "and it was a STYLE ... We copied ❤️." "Awesome 💙🙌," read another comment.

In his career spanning over five decades, Amitabh Bachchan has been a part of many memorable films and Deewar is one of them. His character Vijay from the film is considered to be a milestone in his career.

Explaining the reason behind the popularity of his character from Deewar, the superstar had said in an interview with Hindustan Times in 2017, "A grey character is admired a lot. The character has been subjected to so much oppression yet is fighting against it. His fight was legitimate, even if his methods were not always right. There were many factors that we were riding on along with the character. After the stigma of the tattoo, whatever he does is looked upon as right due to the injustice done to him. He is so tough, yet he breaks down when his mother is unwell. There is only one action scene in Deewaar, but it is called an action film. The positioning of the fight was very powerful, and that has never been replicated." 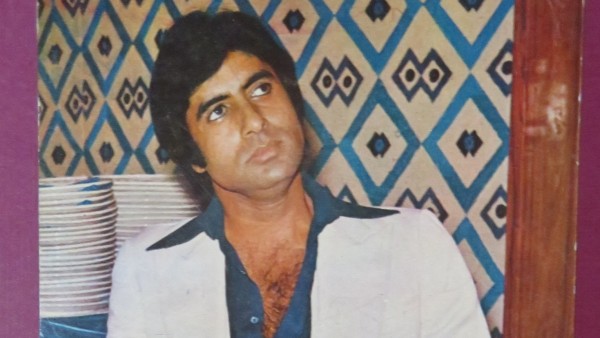 Further, he had said that the script of Deewar was perfect and dynamic adding, "The dialogues were so impactful that, even today, people appreciate those lines, like 'Aaj khush toh bahut hoge tum'. At the premiere, people laughed when I said that dialogue, but later, there was a stunned silence in the theatre. The words were gems. You don't find that kind of writing anymore."

Helmed by Yash Chopra, Deewar also starred Shashi Kapoor, Neetu Kapoor, Parvin Babi and Nirupa Roy. The 1975 film is touted to be a ground-breaking cinematic masterpiece in Indian cinema. Deewar revolves around two brothers who eventually find themselves on opposite sides of the law.