A few minutes ago, actress Alia Bhatt announced her pregnancy with husband Ranbir Kapoor on her Instagram page and captioned the post as, "Our baby ..... coming soon ♾❤️✨." In the picture, Alia is seen lying on a hospital bed while Ranbir is sitting by her side. 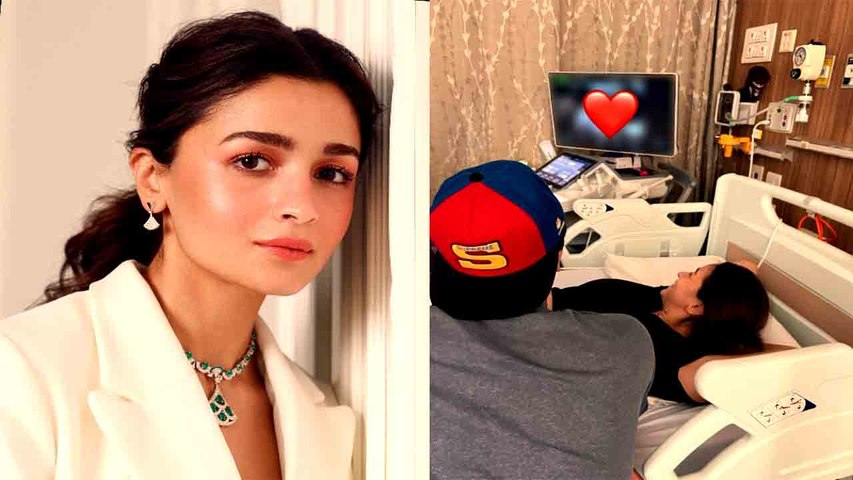 Be it netizens or B-town celebrities, everyone is rooting for the Kapoor couple on Instagram and sending love and good wishes to her and Ranbir.

Filmmaker-turned-producer Karan Johar who considers Alia as his own daughter, commented, "Heart is bursting."

Actress Rakul Preet Singh on the other hand, commented on Alia's post saying, "Oh my my Congratulationsssss ❤️❤️."

It seems she was as surprised as us!

Meanwhile, Alia is currently busy with the shooting of her first Hollywood project Heart Of Stone, which also stars Gal Gadot and Jamie Dornan in the lead roles.

Ranbir on the other hand, recently wrapped up shooting of Luv Ranjan's next with Shraddha Kapoor in Spain. He is currently gearing up for the release of his forthcoming film Shamshera, which is helmed by Karan Malhotra and features Sanjay Dutt and Vaani Kapoor in pivotal roles.

Post the release of Shamshera, Ranbir and Alia will be all set for the release of Ayan Mukerji's Brahmastra, which is slated to be released on September 9, 2022 in theatres.