Bollywood superstar Salman Khan has roped in internet sensation Abdu Rozik for a key role in his upcoming family entertainer, Bhaijaan which was previously titled as Kabhi Eid Kabhi Diwali. The Tajik singer will be essaying the role of a gangster who will take on Salman in a dramatic sequence. 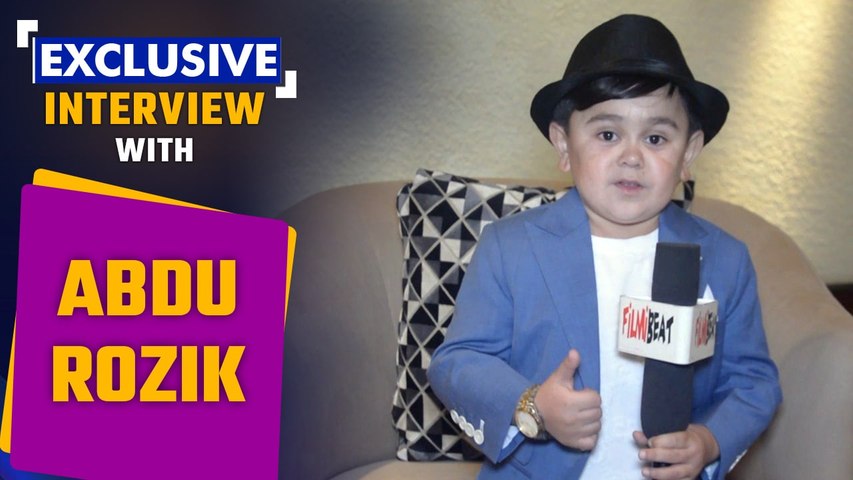 While speaking with Indian Express, Abdu admitted that he was quite nervous when he met Salman as he has grown up watching his movies. He said that he was left pleasantly surprised by the warmth the Bollywood star had for him. Abdu told the publication that even though he loves Bollywood, he never thought that he would be making his acting debut with a Salman Khan film.

"I met him at IIFA and bonded well with him. That's how we started talking, and he offered me the film. I am playing a gangster in the movie, small bhaijaan to the big bhaijaan," said Abdu who is touted to be the world's smallest singer. He further called Salman a great human being who has a good heart.

Meanwhile, a picture of Abdu with Salman Khan from the sets of Bhaijaan is going viral on social media. In the click, a clean-shaven Salman Khan is seen looking dapper in a black shirt and black pant. Abdu on the other hand, is seen sporting his signature suit and hat.

Abdu who hails from a family of garderners in Tajiskistan, is known for his singing videos. Although he cannot converse in Hindi, he fluently sings Bollywood songs. The 18-year-old further told Indian Express that he is a huge fan of Amitabh Bachchan and would like to meet him someday.