Ever since the makers of Ranbir Kapoor-Alia Bhatt's upcoming film Brahmastra dropped the trailer, the sneak-peek has been in the news for various reasons. One amongst them is the 'blink and you miss' appearance of Shah Rukh Khan who is reportedly doing a cameo in this Ayan Mukerji directorial.

Recently, a few fan pages on Twitter posted pictures of Shah Rukh Khan's look as Vanar Astra. In the leaked pictures, a blood-soaked Shah Rukh is seen on his knees while giving his signature open arms pose. One can also see golden sparks seeping out of his left foot. 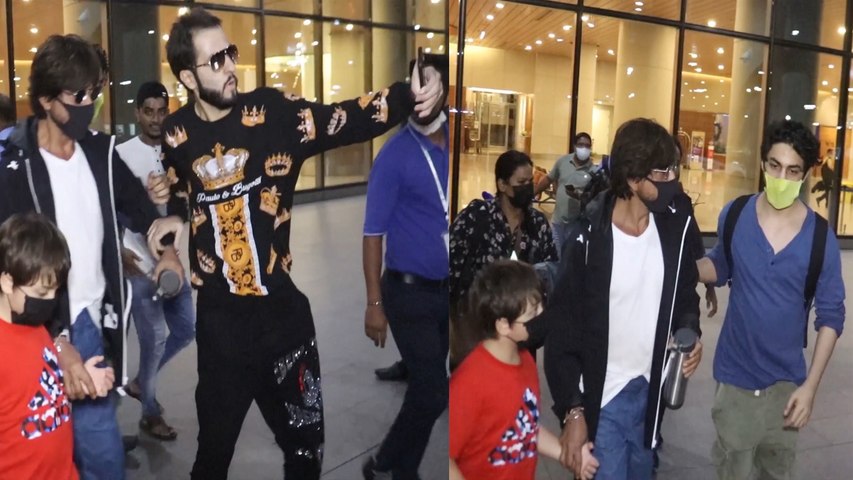 Another picture features his character elevated in the air while a bright golden silhouette of Lord Hanuman appears behind him. A few netizens claimed that the first leaked image is from the second trailer of Brahmastra which as per their speculations, will be releasing on August 15 coinciding with Independence Day and also director Ayan Mukerji's birthday. However, there hasn't been any official announcement on this yet from the makers yet.

Meanwhile, fans couldn't keep calm after these leaked images of Shah Rukh Khan's character from Brahmastra surfaced on social media. A Twitter user wrote, "Shah Rukh Khan with his signature pose from Brahmastra. The only film that is worth being excited for." Another one commented, "Goosebumps."

Besides Shah Rukh Khan, fans had earlier claimed that they had spotted Deepika Padukone as well in the trailer of Brahmastra. In the trailer, a mysterious woman dressed in a red sari and matching blouse, was seen walking out of a river as a huge wave followed her. Netizens speculated that the lady in question was Deepika who is rumoured to be essaying the role of Jal Devi.