Ever since the trailer of Karan Malhotra's upcoming film Shamshera dropped online, fans are all gaga over Ranbir Kapoor and Vaani Kapoor's fresh pairing on screen. While Ranbir essays double role of father and son, Vaani Kapoor will be seen portraying the character of a travelling performer. 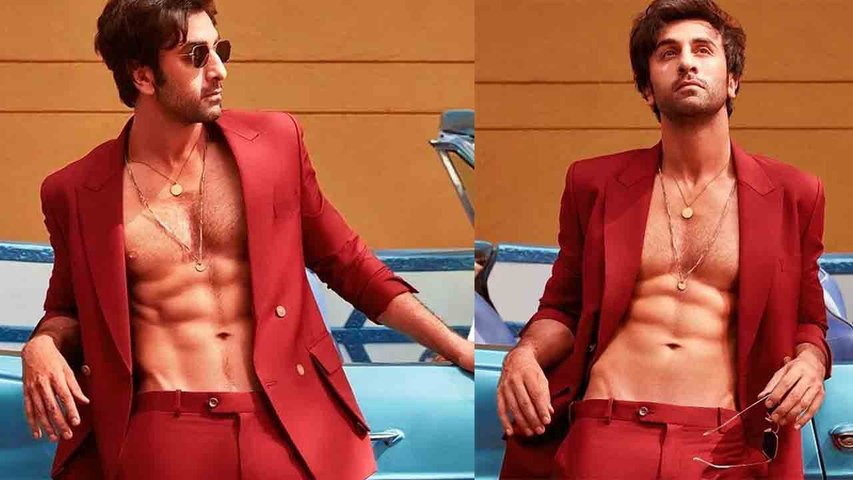 Recently in a chat with ANI, Ranbir was all praise for his Shamshera co-star Vaani Kapoor. Calling her a very fine actor, he recalled how he would distract her on the sets by having stupid conversations but she would be too focused.

The Sanju actor told the news agency, "Vaani is a very fine actor. She is someone who works very hard. She is so focused that she is always wearing headphones, listening to music and trying to be in character. Many times I've tried to distract her and just have stupid conversation. We really befriended each other."

Ranbir further shared that he and Vaani enjoyed each other's company and added that he thinks her performance in Shamshera is quite outstanding.

He was quoted, "We really enjoyed each other's company. I think what she's done in Shamshera is quite outstanding and I am looking forward to how people find her character and her performance. She has a very important role in the film and people will have to wait to see the film to understand how important her role is."

Speaking about Shamshera, the Yash Raj Films' production revolves around a slave Balli (Ranbir Kapoor) who fights to free his warrior tribe from a ruthless general Shuddhi Singh (Sanjay Dutt). The film is slated to hit the big screens on July 22, 2022. Besides this film, Ranbir also has Ayan Mukerji's Brahmastra lined up for release.

When it comes his personal life, the actor is all set to embrace fatherhood as his actress-wife Alia Bhatt is expecting their first child.