But does this storm cooked by Rakeysh Omprakash Mehra knock you off your feet? Unfortunately, no. While the film has its heart in the right place, one can only hear its faint beats! 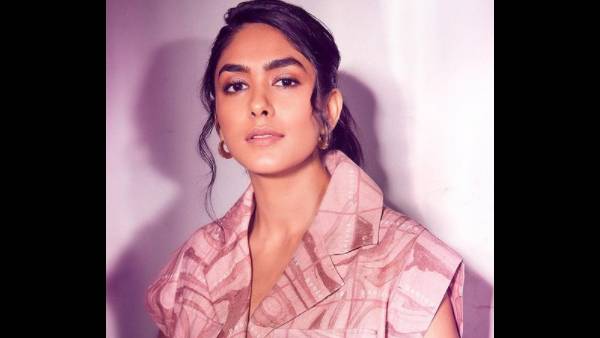 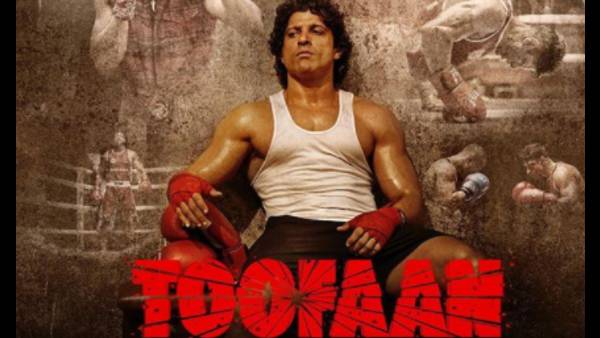 Aziz Ali aka Ajju (Farhan Akhtar) is a small-time Dongri ka vasooli bhai who engages in 'phoda-phodi' with his partner-in-crime Munna (Hussain Dalal). However, he prefers to call it 'hifaazat ka kaam' for protection, people, warehouse and land. One such brawl lands him in the local hospital where he loses his heart to Dr Ananya Prabhu (Mrunal Thakur). The latter asks him to make a choice- either be Ajju bhai or Aziz Ali, the boxer.

Determined to earn respect for himself in eyes of Ananya and the society, Aziz abandons his thug life and approaches the fearsome coach Nana Prabhu (Paresh Rawal) in order to become 'Boxing ka Bachchan'. Unknown to Aziz, Ananya is Nana's daughter. After a few weeks of huff puff outside the boxing ring, Nana finally agrees to take Aziz under his wing. As expected, Aziz Ali soon becomes 'Toofaan' with his lethal punches.

But like every underdog story, this one too contains a conflict. Will the disgraced boxer get a chance to redeem himself?

Rakeysh Omprakash Mehra's Toofaan is supposed to be a touching, inspirational story of an underdog who beats all the odds to achieve his dreams. But like they say, 'too many cooks spoil the broth.'

Mehra tries to explore socio-political themes like bigotry, love jihad, housing bias due to religion in his narrative, but his social commentary lacks a powerful voice. Instead, it only ends up diverting your attention from the main theme of the film; boxing. A little more focus on the coach-protege equation and the boxing part would have prevented Toofaan from spilling all over the place.

If that wasn't enough, the filmmaker falls into the trap of cliches like fridging, disapproving fathers and a vengeful villain which makes the film melodramatic. Further, in a few places, Toofaan even reminds you of Salman Khan's Sultan which also revolved around an athlete who trades his passion for a punch. Writers Anjum Rajabali and Vijay Maurya fail to deliver a solid punch with their writing.

Farhan Akhtar has an easy charm as Ajju, the ruffian with a heart of gold. Later, when the actor puts on his boxing glove and knocks out his opponents in the ring, you can't stop yourself from screaming 'Toofaan, Toofaan.' The actor holds your attention as the camera flirts with his sweat, ripped physique and hard-core training sessions.

Mrunal Thakur delivers an earnest performance as Aziz's supportive companion who gives him a morale boost whenever life hits him right square in the face. However, there's a scene or two, where the actress seems to be a little off the hook.

Paresh Rawal as the stern coach throws a hook with his superlative performance. Be it the scene in which his rage knows no bound on making a shocking discovery or the one where he refuses to make amends with his estranged daughter, the veteran actor stands tall and strong.

Dr Mohan Agashe and Hussain Dalal are effective in their respective roles. On the flip side, seasoned actors like Vijay Raaz and Supriya Pathak Kapur end up underutilized in the film.

Jay Ozha's camera lens elevate the film by capturing the blood, punches and tension in the boxing scenes in a superlative manner. With a run time of over 2 hours and 40 minutes, your patience runs thin at a few places where the writing stumbles and fumbles. One wished Meghna Sen had stepped in during those moments and gone 'chop-chop' with her editing scissors.

Shankar Ehsaan Roy fall short of delivering a memorable music album with Toofaan. Nevertheless, there's one song, D'Evil's 'Dekh Toofaan Aaya Ha' which stands out in the crowd and gives us the much-needed adrenaline rush. The rest of the songs are passable.

Twice in the film, Mrunal Thakur's character Ananya holds up two fingers and asks Aziz (Farhan Akhtar) to make a choice. Similarly, if you ask us if Toofaan is worth a dekko or a miss, our answer would be only if you are ready to brave this storm for just Farhan Akhtar's 'todun taak' punches!

We give 2.5 stars out of 5 to Farhan Akhtar-Mrunal Thakur starrer Toofaan.