South Indian beauty Kajal Aggarwal is celebrating her birthday today. Celebrities from different industries have showered this actress with wishes. Kajal will be next seen in Paris Paris, the remake of Hindi film Queen, directed by Ramesh Aravind, who's helming the Kannada version as well with Parul Yadav in the lead. The movie has been made in other South Indian languages as well with Tamannaah headlining the Telugu version and Manjima Mohan reprising Kangana Ranaut's role in Malayalam.

Today, Ramesh took to Twitter to wish Kajal Aggarwal a happy birthday and said that directing her in his film was a delight. Ramesh Aravind shared a picture with Kajal, from the sets of Paris Paris and wrote, "Wishing you a Life as Bright&Beautiful as You are ..@MsKajalAggarwal ..It was a delight directing you in #ParisParis." In the picture, Kajal looks like Kangana's replica from Queen.

Though Kajal is yet to make her debut in Kannada, she's voiced a song in Puneeth Rajkumar's Chakravyuha.On the occasion of this diva's birthday, new posters of her forthcoming films have also been launched. Seems like the actress couldn't have asked for a better present on her birthday.

A few days ago, Kajal Aggarwal set the internet on fire by sharing some of her pictures sans make-up. She beautiful captioned it as, "People can't discover themselves anymore. Perhaps because we live in a world crazed by physical attraction or because social media has swallowed up our self esteem in whom and what it glorifies. Billions of rupees are spent on cosmetics and beauty products that promise you the prefect body. Narcissism seems to exist everywhere." 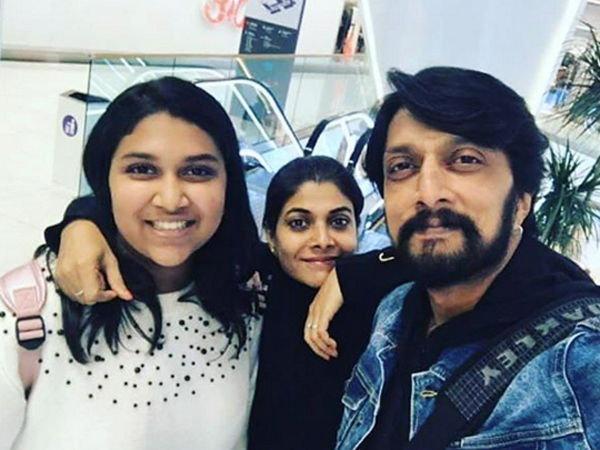 "Between those lines, we try to join the crowd or feel left out. Yet the only way we can truly be happy is when we start accepting who we are rather than defining or carving a different image for ourselves. Although makeup beautifies our outer persona, does it build our character and define who we are? True beauty lies, in accepting ourselves for how lovely we are," she further added.