The April 18 episode of Bigg Boss Kannada 8 begins with Bigg Boss revealing that to the housemates that Kiccha Sudeep won’t be hosting this week due to ill health. The concerned housemates request BB to send in some stationary as they want to write a letter to the actor. They even cook for some delicacies and send him best wishes.

Soon, Bigg Boss announces that there will be various activities to reveal the safe contestants. In the first round, Divya Uruduga is revealed as the first one to be safe from the eviction. This is followed by the housemates getting a few calls from ardent viewers of the show. The first question comes in for Divya Suresh regarding this week’s hostel task. The caller quizzes about her helping Nidhi Subbaiah and this leaves everyone shocked. Divya and Nidhi later try explaining their strategy but most housemates remained miffed with him.

Soon Bigg Boss reveals through another task that Aravind KP is the next safe contestant. This is followed by BB revealing that Manju Pavagad and Divya Suresh have been saved by the viewers in the next two rounds. This leaves Shamanth Gowda, Chakravarthy Chandrachud, Vishwanath Haveri and Rajeev Hanu in the bottom four.

Manju Pavagad receives the next question from a caller regarding his dipping energy levels in the house. This is accompanied by host Sudeep sending in an audio message for the housemates. He thanks them for their letter and the food they sent for him. He opens up about taking rest on the doctor’s advice and hoped to see them all very soon. 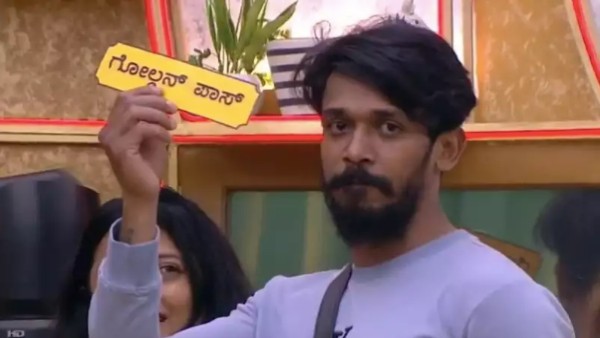 Bigg Boss then calls in the remaining nominated contestants in the garden area. Rajeev Hanu revealed as the sixth contestant to be safe this week. And then, Shamanth is also announced as safe whilst receiving a letter from his house. This is Chakravarthy and Vishwanath in the danger zone.

BB announces the contestants whose journey VT will play on the TV, has been eliminated. Vishwanath’s video starts playing and leaves everyone extremely emotional. The young singer breaks down at the end and the other contestants are seen consoling him. Bigg Boss announces that Vishwanath has been eliminated and he has five minutes to leave the house. He bids adieu to everyone and sings an emotional song. 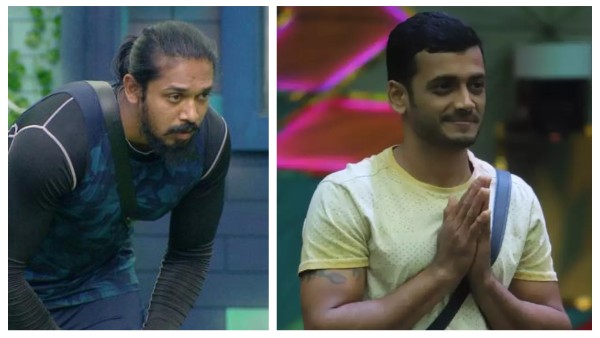 However, before making an exit from the main door, BB provides him with a special power to save one contestant from next week’s nomination. Vishwanath safe Nidhi Subbaiah whilst stating that he looks up to her as his sister.