Irul, the mystery crime thriller premiered on Netflix today (April 2, 2021). The movie, which features Fahadh Faasil, Soubin Shahir, and Darshana Rajendran in the lead roles, is directed by newcomer Naseef Yusuf Izuddin. As the highly impressive trailer suggested, Irul is a cat and mouse game between the three protagonists, who get stranded in a mansion.

Did the crime thriller live up to expectations? Read Irul movie review here, to know... 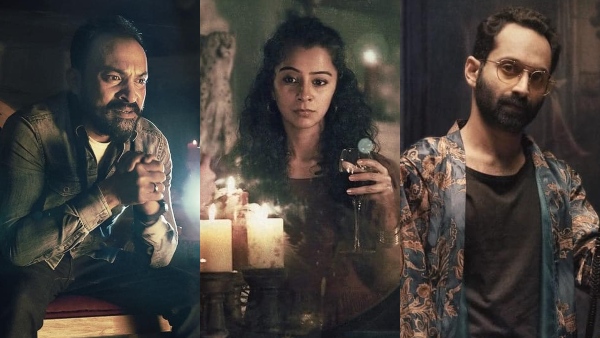 Alex Parayil (Soubin Shahir) a budding novelist, is in a relationship with Archana Pillai (Darshana Rajendran), a high court lawyer. Alex plans a no-mobile getaway with Archana in a hill station, to take a break from the busy city life. However, the couple ends up in an old mansion after a turn of events, where they meet a stranger (Fahadh Faasil). The real horror begins after the trio discovers a woman's dead body in the basement of the mansion. Who is the murderer?

Naseef Yusuf Izuddin makes his directorial debut with Irul, which is penned by Sunil Yadav (story, primary screenplay, and primary dialogues). The screenplay and dialogues are penned by the director himself, along with Abhiram Radhakrishnan, Anas Bil Ibrahim, and Obeth S Thomas.

The biggest strength of Irul is its first half, which begins on a highly impressive note. The organic suspense build-up and edge-of-the-seat narrative make the movie a riveting experience initially. The deep-layered characters are neatly placed in the edgy yet exciting cat and mouse game, which keeps the audience hooked to a certain extent.

But Irul falters when it comes to the second half with an almost messy narrative, that eventually ends in a half-baked climax. After the major revelations, the guessing game gets to a point where it becomes tiring. Another factor that plays the spoilsport is the artificiality in dialogues, especially during one of the most crucial conversations between the leading trio. The character arcs too seem out of the blue and leave the viewers with too many doubts.

Fahadh Faasil once again sets the screens on fire with his stellar performance as the stranger in the mansion. The National award-winner stuns with his effortlessness in the most crucial scenes, where his character undergoes major shade changes. It is impossible to think of another actor, who can play this role with same perfection.

Soubin Shahir's performance, however, leaves us with mixed feelings. There are occasional moments of brilliance throughout the film, but the character Alex has also thrown light on Soubin's shortcomings as a performer. The actor definitely needs to work on his dialogue delivery and diction.

Darshana Rajendran is brilliant as always in the role of Archana Pillai. The actress has effectively conveyed the confusion, helplessness, and fear of her character with her matured acting skills. We wish to watch Darshana in more author-backed roles like this.

Jomon T John ISC, the DOP once again proves his caliber with the brilliant visuals of Irul. The cinematographer has kept the eeriness alive throughout the film by effectively using darkness, as the title suggests. The 6-minute-long shot, which features a conversation between the leading trio, deserves a huge round of applause.

Shameer Muhammed's editing is top-notch in the first half. But the narrative feels stretched when it enters the second half, despite having 1.16 hours of runtime. Sreerag Saji, the music composer scores with an effective background score. The sound, art, stunt, and costume departments have done remarkable jobs.

Irul is a dark, edge-of-the-seat thriller that begins on a highly promising note but ends half-baked. However, Fahadh Faasil's stellar performance makes this film worth a watch. 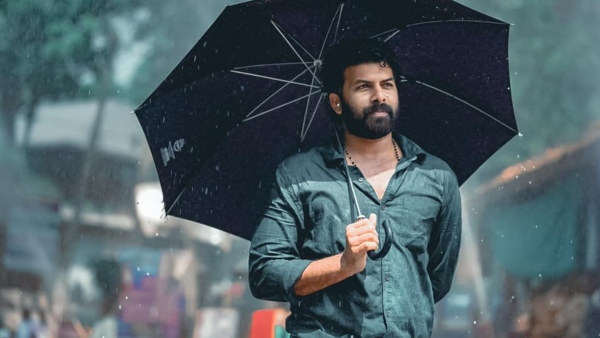 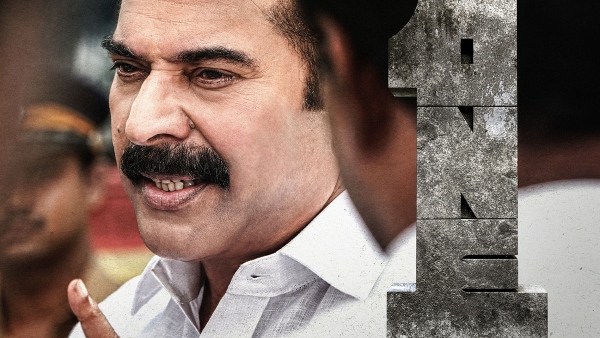