Well, her statements don't go down well with other housemates. Adish Vaidya gets angry and tells Vikas Patil that Surekha Kudachi didn't have to tell such things. He feels that she is faking in the game. Later, Bigg Boss asks housemates to reveal the winners of the task. Eventually, Sneha Wagh and Vishhal Nikam receive maximum stars in the students and Surekha Kudachi becomes the best teacher of the BB College. Notably, Sneha, Vishhal and Surekha become the captaincy contenders.

In the gym area, Surekha Kudachi tells Jay Dudhane to stay careful from Sneha Wagh. She tells him that Sneha has also had a second divorce. The next morning, housemates wake up to the song 'Fevicol Se'. Later, Jay Dudhane indirectly tells Sneha Wagh to stay cautious from Surekha Kudachi. After that, Bigg Boss announces the end of Adish Vaidya's captaincy. Bigg Boss announces a new captaincy task, 'Lava Poster Bana Master'. In the task, the BB college will have a student election for the post of general secretary. The captaincy candidates will have two supporters each, who will try to stick posters on the wall by stamping their respective candidates' names on them. Trupti will supervise the task.

Sneha Wagh chooses Jay and Gayatri as her supporters. Vishhal Nikam chooses Adish and Vikas, while Surekha Kudachi chooses Mira and Utkarsh. As the task begins, the supporters start sticking the posters on the wall. However, during the task, Vikas Patil goes and destroys Sneha Wagh's wall. Because of it, all the supporters get furious start getting physical during the task. Jay Dudhane attacks Vikas Patil. Adish Vaidya and Jay Dudhane engage in a heated argument.

Gayatri Datar and Adish Vaidya have an ugly verbal spat. Notably, Vishhal Nikam gets so angry that he starts destroying the entire wall. Bigg Boss stops him and holds the task. After that, the task starts again and the fight continues again. Eventually, Trupti Desai tells Bigg Boss that there is a tie between Sneha and Surekha. Hence, there will be no captain this week too. 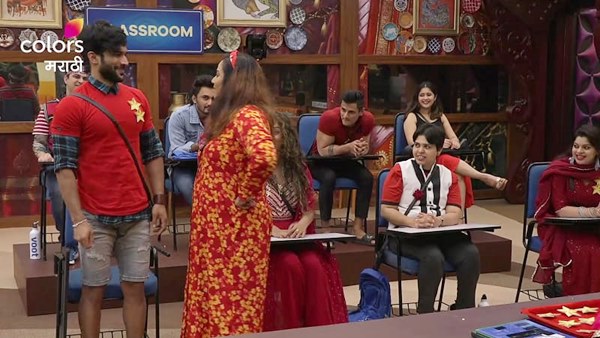 Surekha, Jay, Mira and Gayatri get angry at Trupti and start making comments about her supervision. Later, Trupti Desai takes initiative and asks housemates to distribute duties. Mira Jagannath and Gayatri Datar refuse to do their duties. Surekha Kudachi opposes Trupti Desai and asks her not to fake. Vikas Patil tells Surekha that she should not have any problem with her work.

The next morning, housemates wake up to the song 'Chogara'. In the kitchen area, Gayatri Datar refuses to drink tea made by Trupti Desai. Gayatri tells Trupti that she will make food separated for her group. Trupti also refuses to make chapatis for the lunch. 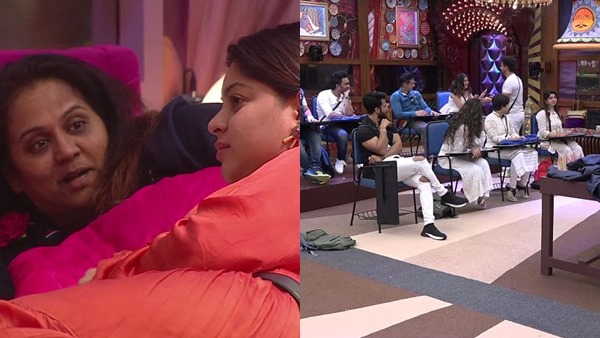 After that, Bigg Boss announces a special Garba night for housemates, in which they are going to offer seven passes for them. Bigg Boss asks Surekha, Sneha and Vishhal to choose seven people for the Garba night. After a discussion, they choose seven girls for the celebration. Interestingly, Sur Nava Dhyas Nava fame Vishwajeet Borwankar and Akshaya Iyer are the special guests for the Garba night. Notably, all the ladies dress up in traditional outfits. They do the garba with full enthusiasm. Stay tuned for more Bigg Boss Marathi 3 updates!