The Kamal Haasan-hosted Bigg Boss Tamil 3 kicked off yesterday (June 24, 2019) amidst much fanfare and created a great deal of buzz amongst fans. During the opening episode, the Hey Ram director introduced the contestants and impressed fans with his flawless hosting style. Now, just hours after going on air, Bigg Boss Tamil 3 has landed in a controversy. A noted journalist, who stayed in the Bigg Boss house last week, pointed out that Rajinikanth's portrait has been removed from the wall.

"Having stayed at #BiggBossTamil3 house for a day last week, I am surprised that @rajinikanth portrait painted on the wall has been removed now. @vijaytelevision," he tweeted.

The tweet went viral in no time with several fans condemning the move. Interestingly director Premgi too lashed out at the move and said that Rajinikanth cannot be removed from the 'people's heart'.

I think God's photos were not allowed inside that place... So they might have removed... There is better place for Thalaivar to stay, in our hearts

I don't gthink #thalaivar needs any publicity through vijaytv ! i mean he is beyond all of that.. There may be some who may have lost ground and may use Vijaytv as a political platform but thalaivar is Different his name is enuf unlike some who get fake laughs #BiggBossTamil3

Sole reason for keeping that is to remove Cheap mentality. Absolutely no need to keep thalaivar's portrait there as he will always remain safe in our hearts and no one can even touch that. This is like kids writing a name and removing thinking they won. Grow up kiddos.

No Wonder. Note the entry speech by Kamal telling that tamilnadu will give life to people from other states but those people should also allow tamilians to live in tamilnadu. This is highly linguistic and very despicable. This show definitely not for nontamilians.

So. what do you think of this controversy? Comments, please! 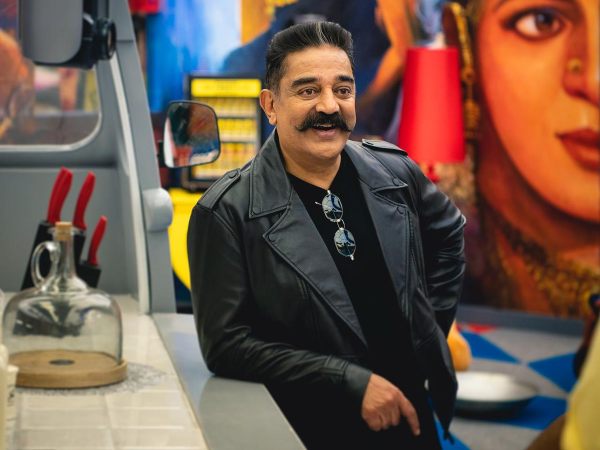