While interacting with the media, the Bigg Boss Tamil 3 contestant said that the duo has been posting abusive videos with wrong information on social media with regard to her wedding with Peter Paul. Therefore, she has lodged a police complaint against them.

Reportedly, Vanitha met the Assistant Commissioner of Police, SRMC Police Station today to discuss the case, and the police has assured her that action will be taken against the duo within two days.

Vanitha mentioned that though she tried to sort out the issue by talking to Surya Devi and Ravinder personally, the duo continued to tarnish her image. Vanitha also requested the media to cooperate with her, and stated that she has been a single mother with the support of her parents. The actress added that though she doesn't know the two of them either personally or professionally, they tried to misuse her name for publicity.

Talking about the rumours that went viral about her son going through depression, the actress said that it is untrue. She added that he is very much fine and she has been in contact with her former husband. Vanitha reiterated that her marriage doesn't define her character and it's her personal choice.

Vanitha's advocate Sreedhar has alleged that Surya Devi is a drug peddler and that he has all the evidence to prove the same. He said that he has a voice recording of her with a customer, which will be released soon. The advocate also mentioned that a comedy artist from a popular television show is also involved in this matter. He said how can a drug peddler tarnish someone's hard-earned image. For the uninitiated, Surya Devi had earlier uploaded a video on Sreedhar and his family as well. 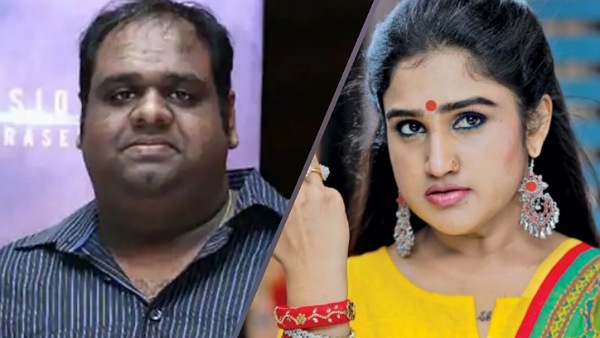