Earlier this year, Kollywood legend Rajinikanth received a bit of a shock when his big Pongal release Petta proved to be no match for Viswasam in Tamil Nadu much to the shock of countless movie buffs. The film, directed by Karthik Subbaraj, never clicked with the family audience which affected its performance. However, it did manage to click with the target audience which helped it emerged as a hit. Now, Rajinikanth is in the limelight for an unexpected reason.

A Request From Rajinikanth

Rajini recently invited Karthik Subbaraj to his house and had a long discussion with him which led to speculation of the two joining hands once again. According to a leading YouTube channel, 'Thalaivar' asked the Jigarthanda director to come up with a script for his son-in-law Vishagan who is an upcoming actor. He also indicated that he might work with the young director again once he wraps up the Vishagan movie.

A Boost For Karthik Subbaraj

Rajinikanth shares a lovely rapport with Karthik Subbaraj and considers him to be a fine director. During the Petta audio launch, he had said that he had extracted a terrific performance from him.

"Karthik Subbaraj has taken me back to the 1990s in Petta. He has extracted from me what I used to perform three to four decades ago. He has crafted every shot as a die-hard fan of me," he had said.

By requesting him to provide a launchpad for Vishagan , Rajini has once again proved that he has full faith in his abilities.

Vishagan, a businessman and aspiring actor, married Rajinikanth's younger daughter Soundarya in February in a grand ceremony attended by the likes of Kamal Haasan and Anirudh Ravichander. Rajini was quite happy about the match and performed 'daddy duties' during the celebrations.

On the work front, Rajinikanth is currently shooting for Darbar which will see him act opposite 'Thalaivi' Nayanthara. He has also confirmed that he will be contesting the next Tamil Nadu Assembly elections. 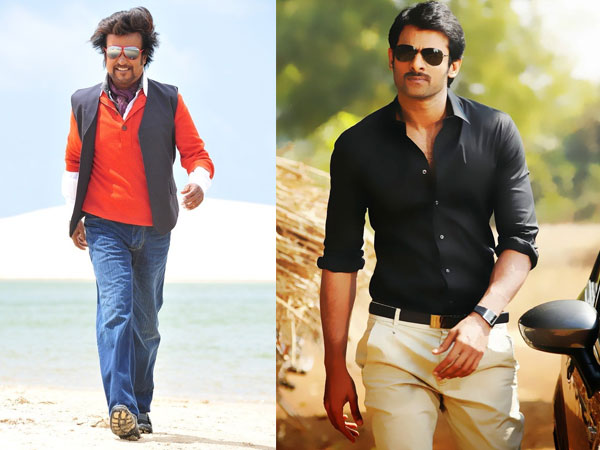 Saaho Star Prabhas To Lock Horns With Rajinikanth This Sankranti? Deets Inside