After the simultaneous announcement of Bigg Boss Hindi Season 14 and Telugu Season 4, the makers of the reality show are gearing up to announce Season 4 of the Tamil version as well. Bigg Boss Tamil Season 4 is all set to make its grand entry soon.

As per rumours that are doing the rounds, the fourth season of the show will likely go on air from either September 27 or October 4, 2020. However, there is no confirmation regarding the same. Ulaganayagan Kamal Haasan will be seen hosting the show with his candid chit-chats and serious take on issues inside the house, which will have 16 contestants in total. It is said that the actor has given a green signal for the show and has allotted dates for the promo shoot.

If the reports are to be believed, Bigg Boss Tamil Season 4 will kick-off following several norms imposed by the state and the central government while also keeping in mind social distancing. As per reports, the makers have already approached the possible contestants of the show including Ramya Pandian, Athulya Ravi, Cook with Comali fame Shivangi, Kiran Rathod and Pugazh for the upcoming season.

Bigg Boss Tamil 3 saw actor-singer Mugen Rao bag the trophy which was eyed by 17 contestants of the show. The last season indeed entertained audiences, thanks to the power-packed personalities of contestants including Losliya, Kavin, Vanitha Vijaykumar, Kasthuri Shankar, Reshma and Meera Mitun. The house set erected at EVP World was made with the Chettinad-based theme for the high voltage season of the reality show. 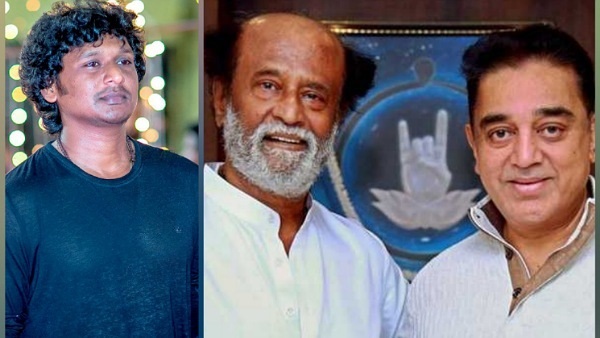 Lokesh Kanagaraj Has THIS To Say About The Kamal Haasan-Rajinikanth Project!