Like every week, this week too, a lot of things happened inside the Bigg Boss 12 house. The luxury budget task was cancelled as Jasleen Matharu and Somi Khan couldn't decide and come to conclusion as to which team (Deepak's team or Dipika's team) won the task. Also, the captaincy task got cancelled! Bigg Boss declared that there will be no captain this week! While performing the task, Deepak was seen passing a derogatory comment on Jasleen. Also, Surbhi and Sreesanth got into a major argument abusing each other.

Now that Salman Khan is back in the house with weekend ka vaar episode, he will be seen taking the contestants to the task. Read on to know what's in store in the upcoming episode!

As Surbhi, Sreesanth and Deepak were seen abusing and passing derogatory comments at each other, Salman Khan will be seen lashing out at them. Not just them, he also bashes all contestants as they didn't perform well, and says because of them the tasks were cancelled!

Sultani Akhada & Caller Of The Week

Sultani Akhada will be between Romil and Rohit. According to The Khabri report, Rohit has won the task. Also, the Appy Fizz Caller asks Somi Khan, a question.

Apparently, to promote the new show ‘Tantra', a ‘Nimbu' will be kept near the door. The housemates' reactions on seeing the ‘Nimbu' was epic. Karanvir starts chanting ‘Om Namah Shivaya', while Sreesanth tells something about a lady who stands in the railway station at 11 pm!

Sara Ali Khan On The Show

Sara Ali Khan will be seen promoting her upcoming film Kedarnath on the reality show. Sharing a picture snapped with Salman, Sara wrote, "Welcome to Bigg Boss with the biggest Boss." - (sic)

Television actress and ex-Bigg Boss winner, Juhi Parmar along with her co-actress Sargun Kaur will grace the show to promote their upcoming show, Tantra.

According to the latest report, there will be no elimination, this weekend. The votings will be carried forward to the next week. Apparently, Jasleen, Deepak and Megha had got less number of votes. Many expected Jasleen or Megha would be eliminated. But, they got lucky this time! 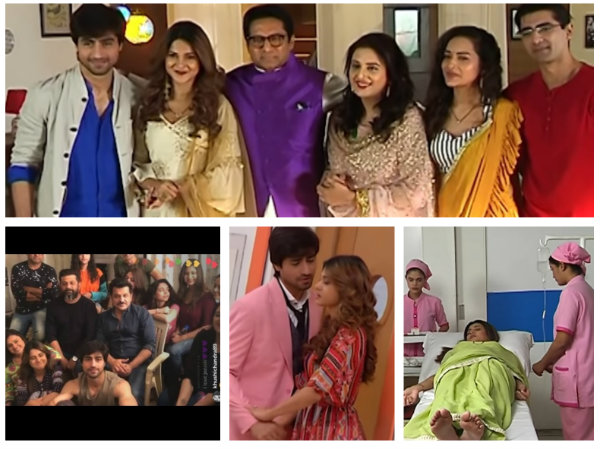 Most Read: Bepannaah Climax: The Show To End On A Happy Note; Zoya & Aditya Reunite; Noor & Arjun To Marry!