Bigg Boss 12 is nearing its finale and only few contestants are in the house. The competition among the contestants is getting tougher with each passing day. In today's (Day 78) episode, Bigg Boss announces captaincy task. For the task, a store room and a school bus have been set up in the garden area. The store room has bags with the contestants' names. After every buzzer, the housemates have to rush inside the store room, pick the bags of other housemates and get into the bus. The contestant who comes out first from the bus, will be out of captaincy task.

Read on to know more about the upcoming episodes!

According to reports, Sree slaps Rohit during the task. The Khabri wrote, "The Slap incident took place today! Its not the one that was shown in promo today. Decision on the matter by team will be taken soon. As per reports makers might not highlight the issue and act politely BCZ of TRP by Sree."

The slap incident has become a topic of debate on social media. While a few feel that the makers won't show the slap incident, a few other feel that Sree didn't slap. He was just aggressive and his hands strike Rohit's face.

Rohit & Surbhi To Fight For Captaincy!

According to the latest update, Megha Dhade, Jasleen Matharu and Deepak Thakur are out of captaincy task. Now, Rohit and Surbhi are contenders for the captaincy task.

In today's (Day 78) episode, Sreesanth will be seen arguing with housemates. Dipika convinces Sree to apologise to Surbhi for his comment. Sree apologises, but his apology looked rude and fake to others! Karanvir argues with Sree and asks him, "Is this the way to apologise?"

As per The Khabri report, the one who would win the captaincy task will get the ticket to semi-finale! Also, there were reports that this mid-week, there will be double eviction.

The Khabri wrote, "Breaking! There will be double eviction this week on #Wednesday which will be telecast on Thursday." - (sic)

In the upcoming episodes, there will be a family task, just like the previous seasons, where the contestants' family members will be appearing on the show! Apparently, KV's daughters, left for Canada! Bella and Vienna will be accompanied by their mommy Teejay. Also, Sreesanth's wife along with their kids might appear on the show.

Recently, there were reports that Sreesanth was rushed to hospital as he hurt himself after Salman Khan scolded him during Weekend Ka Vaar. Sree's wife tweeted that he is fine now! She wrote, "Hi guys When I read about Sree being taken 2 hospital I got very worried.Spoke to the team.He had sever pain so was taken to hospital for checkup and X-ray. He's back in BB house now. Nothing to worry. Thank you so much for ur love and concerns????#SreeFam #Sreesanth." - (sic) 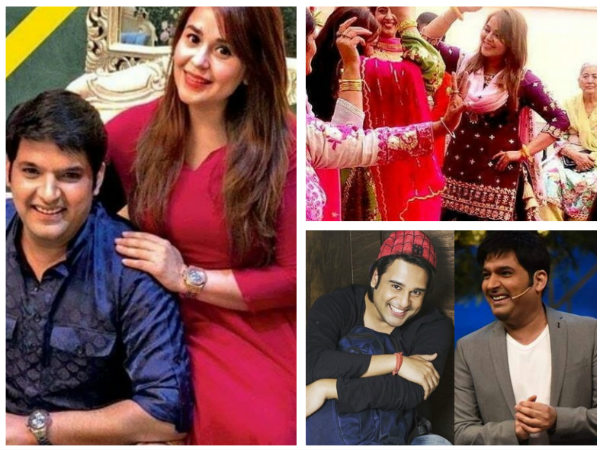