Recently, there were reports that all is not well between lead actresses of Star Plus' popular show, Kasautii Zindagii Kay 2, Erica Fernandes and Hina Khan, who play the roles of Prerna and Komolika. The duo play rivals on the show and even on sets both of them share cold vibes. It was also said that because of this reason, Parth, who is close to Erica, hadn't invited Hina to his birthday. But Hina called the rumours of her cold war with Erica stupid. She also clarified that although they talk a lot, they are not friends.

Now, Erica has clarified the rumours. Even Hina and Erica's co-actress, Pooja Banerjee, who plays the role of Nivedita Basu on the show has reacted to the rumours. Read on!

Erica On Rumours Of Her Cold War With Hina

Erica was quoted by BT as saying, "I have no idea where that came up from in the first place. We have no issues whatsoever and have conversations between shots, too. In fact, we had a conversation about Switzerland just before I left for my trip."

On the other hand, Erica and Hina's co-actor Pooja Banerjee too reacted on the rumours. She told Zoom TV, "No aisa kuch nahi hai.. Who said this? No... It's not at all like that. It's just that you know ki... evrybody takes time to gel with each other... you know. So, they both are different... you know... apne apne zone mei hain and they talk to each other, come on."

‘I Don’t Think That There Is An Issue’

"It is common that when two big actresses come together, there might be a few issues realted to set, screen space or scene. When asked whether it can be the reason why these speculations are at its peak, she said, "It's like quite a possibility. Mujhe bhi kabhi kabhi gussa aa jata hai kisi pe toh hum log bhi thodi der baat nahi karte and it is like that."

"That I am not really aware but I don't think that there is an issue. Like, seriously, there is not an issue. They might be taking some time to gel with each other. That's what I think." 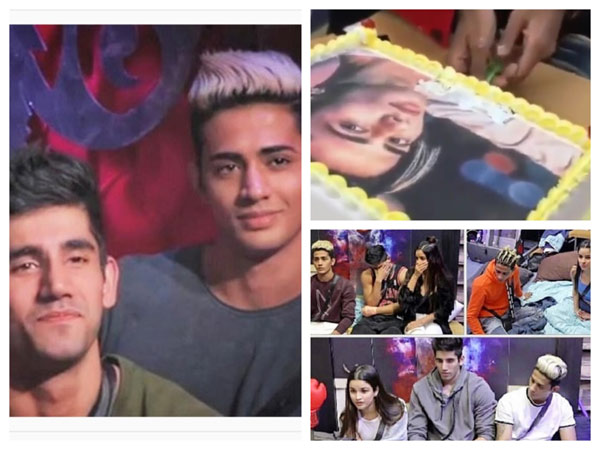 Most Read: Danish Zehen Birth Anniversary: Fans Dress Up Like Him; Vikas, Divya Agarwal & Others Remember Him!