Deepika Padukone At WEH Davos: 'Mental Illness Happened To Me When I Had Least Expected It'
View Sample
For Quick Alerts
ALLOW NOTIFICATIONS
For Daily Alerts
Videos

After introducing the two naagins (Nia Sharma and Jasmin Bhasin) of Naagin - Bhagya Ka Zahreela Khel, producer Ekta Kapoor has now released the first promo featuring the leading ladies and the male lead - Vijayendra Kumeria. Fans of the actors are super excited about Naagin 4. Read on to know more about the promo and check out the fan reactions.

Ekta shared the promo and captioned it, "NAAGIN -BHAGYA KA ZAHREELA KHEL ...coming sooon." In the promo, a goon misbehaves with Nia, who is seen outside a temple. Vijayendra comes to her rescue. But, when he turns back to see Nia, he is surprised to see her dupatta. He is even more shocked to see a serpent beneath the dupatta.

The people in the vicinity run in fear. Later, the serpent is shown as Jasmin. When Vijayendra opens the huge door of a mansion, we get to watch a huge serpent along with Nia and Jasmine trying to attack him. As soon as Ekta shared the promo, fans shared their excitement. Check out a few fan comments.

"Super mam teaser is this season is going so interesting and awesome I'm thinking all seasons are nice nd I'm huge fan of your's naagin series eagerly waiting to watch the show.... 🤗🤗🤗."

Meanwhile, Sayantani Ghosh and Shalin Bhanot have also joined the cast. Apparently, the duo are shooting for the show in Rajasthan. Sayantani shared a couple of pictures and captioned it, "@shalinbhanot we are just continuing from where we left ...the innocence of our laughter ,the fun of our giggles ,the songs we sing between shots ,the depth of our chats,the ease we feel ... ...it's such a deja vu...it's such a special reunion my buddy ..this journey is a special one n i hope it's a really fulfilling one @ektaravikapoor @muktadhond @shreya_nehal @colorstv ....god bless us all😊🤗😇♥️..." 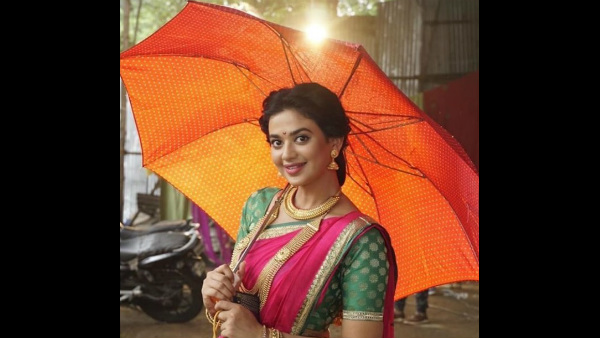