Sanaya Irani and Mohit Sehgal are one of the adorable couples in the television industry. It has to be recalled that Sanaya made her debut on TV as Cadet Sameera Shroff in SAB TV's Left Right Left Season 2, while Mohit debuted with Star One's Miley Jab Hum Tum. The couple met on the sets of Mile Jab Hum Tum in which they played lovers. Sanaya is outspoken, chirpy and happy go lucky kind of girl, while Mohit is reserved and silent. So, who broke the ice first?

In a throwback interview to an entertainment portal, Sanaya had revealed as to how she first met Mohit on the sets of Mile Jab Hum Tum. Read on to know more!

When Sanaya & Mohit Met Each Other For The First Time?

Sanaya revealed that she saw Mohit was sitting in a chair listening to the briefing of the script. They were introduced to play roles opposite each other. After the meeting, they exchanged looks and burst into laughter. Till date they don't know what made them laugh about that day.

Mohit revealed that it is because of Sanaya that has improved a lot in his approach towards people. He was very reserved and silent in the beginning.

Arjun Bijlani Was The First To Know About Their Love!

When asked Mohit how he proposed Sanaya, the actor told the portal, "I declared the love after the first season and Arjun Bijlani was the first to know because, he always used to tease Sanaya and me saying that there is something going on between me and her."

Arjun’s Reaction On Their Love Confession Surprised Them!

"Sanaya was particular that we would say it together to him as she wants to see his expression when we break the news to him. And finally when we told him that we want to say something, he just asked us ‘what? That you guys are in love with each other?' for which we couldn't say anything because we were taken aback with his question."

So, there were no romantic proposals as they both knew there is a silent yes from both sides. The couple got married on January 25, 2016, in a beautiful beach ceremony in Goa. The wedding was attended by the who's who of TV, including Arjun Bijlani, Drashti Dhami, Akshay Dogra and Raqesh Vashisth. 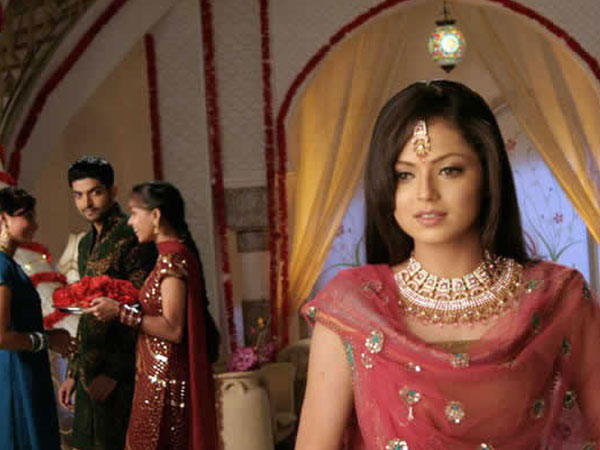 Most Read: Drashti Dhami Never Wanted To Do Geet; Had Asked Director To Give Sister Role In Background!