Jasleen Matharu has been in the news ever since she participated in Bigg Boss 12 along with her guru, Anup Jalota. She was also recently seen in Mujhse Shaadi Karoge. Her personal life has always grabbed the headlines. Recently, she shared a picture, in which she was seen wearing a night suit, sindoor and chooda. This surprised her fans, who wondered if she is married.

Jasleen also shared a video in which she was seen dancing to the song, 'Chupke se'. When she was asked about the same, she was quoted by TOI as saying, "I was listening to ‘Chupke Se' (from ‘Saathiya') and the song gave me the feel of a wedding. I performed to it as I would like to on my wedding night and posted it on my social media page. It was just to experience a wedding feel while performing to the song." (sic)

She further added, "Ever since, I have been inundated with calls inquiring whether I have got married. Agar Jasleen ki shaadi hui hai toh poori duniya ke saamne aa hi jaayegi. However, I am not averse to the idea of tying the knot secretly. If I find the right man who understands me, I won't think twice before getting married to him on the same night."

When asked about her ideal partner, she said, "Jisko dekh kar dil ki ghanti baj jaaye." The ex-Bigg Boss contestant said that she wants her life partner who understands her well, loves her the way she is and should understand her anger as well as her love.

Jasleen further said that the lockdown has trained her well, as she now does all household chores and feels that she is marriage-ready.

Anup Has Found Her A Groom!

When asked if her guruji aka Bhajan Samrat Anup Jalota called her after her marriage picture became the talking point, she said that she spoke to him, but he told that he has found a match for her; the guy is based in Canada and he likes her a lot. She signed off by saying, "So, Anupji ne bola ki agar mera kanyadaan woh kar rahe hain, toh ladka bhi wohi dhoondhenge." 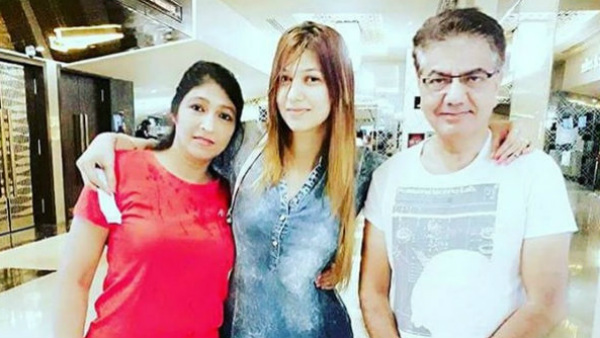 Also Read: Jasleen Matharu's Father Has Revealed That Police Is Unable To Trace His Extortionist's Number