Discovery is all set to premiere Into The Wild with Bear Grylls, featuring Superstar Rajinikanth. The episode will air on 23 March at 8 pm on Discovery Channel. Well, with just three days to go for the telecast, the makers have dropped a teaser of the show. The 2-minute 40-second teaser has Thalaiva and Bear Grylls crossing a metal bridge and also collecting water from a ravine. The video starts with the duo talking about water scarcity in the world when the actor is delivers these lines, 'He who rules the water, rules the world'.


Further, when asked about the job he had while he was 18 or 19, Rajinikanth replies with a wide smile that he was a bus conductor in Bengaluru in India. He also recounts his life story of entering the world of cinema and his journey from being Shivaji Rao Gaekwad (his real name) to Rajinikanth (his screen name). He also remembers how he was given a break by K Balachander.

When Grylls asked about his approach to fame, the actor-turned-politician says that he has never taken the fame into his mind and once acting is done, he forgets Rajinikanth and goes back to being Shivaji Rao.

Also, the sweet gesture of Bear Grylls tying up the actor's shoelace has been appreciated in the comment section of the video, with a majority calling him a true caring gentleman. The video ends with the survivalist getting surprised with Rajini's age and further calls him an inspiration.

Well, the survival show will have Rajinikanth wandering into the wilderness of Bandipur Tiger Reserve in Karnataka. He had earlier expressed his joy in making his television debut with Into The Wild where Bear Grylls has tested the survival skills of multiple celebrity guests, pushing them to their limits.

The show will be telecast across 12 Discovery channels and will be available in eight languages. 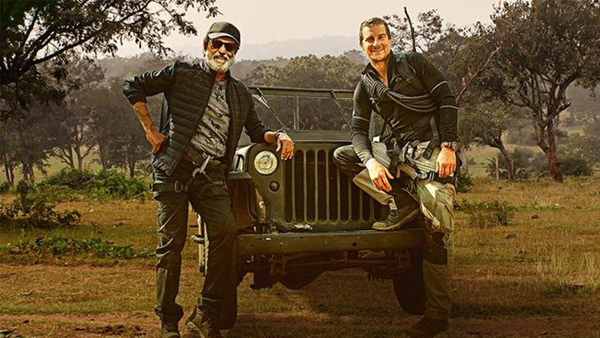