Pawan Kalyan's comeback film Vakeel Saab is already creating a buzz amongst the masses. The official Telugu remake of the Amitabh Bachchan and Taapsee Pannu-starrer Pink, will be produced by Dil Raju and Boney Kapoor. Pawan Kalyan is leaving no stone unturned in getting into the skin of the character. Directed by Venu Sriram, Vakeel Saab is very close to the Power Star's ideologies.

In a conversation with Deccan Chronicle, Venu Sriram said, "The film is a powerful statement on the existing feudal mindset. And Pawan garu is someone who believes in the concept of social justice. That's why he is a natural fit for the story."

The director further stated that Vakeel Saab is Pawan Kalyan's tribute to women. "The single did not have Pawan garu's photo, which is something he suggested to us, realising the film has strong content and recall value for women," Venu Sriram added.

The actor-politician has given his 100 per cent to the film as he used to travel 600 km daily for 22 days for shooting. Venu Sriram revealed, "When the first schedule of the film shooting began in January, Pawan garu had previous political commitments in Vijayawada. So, he had to shuttle 600 km daily between Vijayawada and Hyderabad, which he did for 22 days, non-stop. He used to travel during the day and come to the sets during nights. His energy was infectious, and his determination to complete the film fast pushed the entire crew." 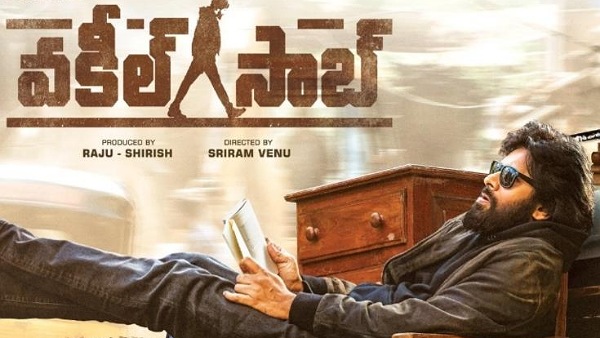