Superstar Akshay Kumar took to social media today (September 8, 2021) to share the heartbreaking news of his ailing mother Aruna Bhatia's demise. Shattered by the loss, the actor penned an emotional note in which he spoke about how he felt an unbearable pain at the very core of his existence with her passing away. 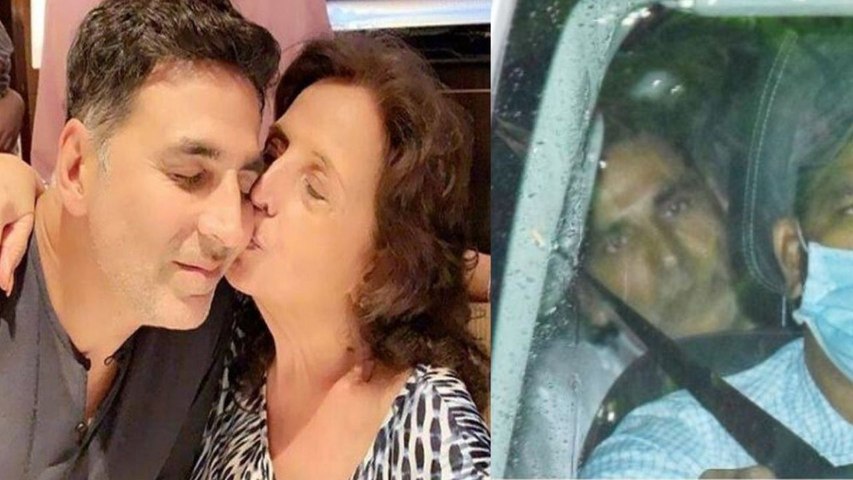 Akshay shared a close bond with his mother and was always vocal about his love and admiration for her in his interviews. Likewise, his mother Aruna too was proud of her son and would often talk about how affectionate and loving her son had always been to her.

Akshay Kumar Opens Up On His Mother's Health; Says 'This Is A Tough Hour For My Family'

Speaking about the joy that she would feel on seeing him on screen, she had told the news channel, "He has always done whatever he wanted. And by the grace of god, it worked out. No one in our family is from the film line, so just looking at him on screen, gives me so much joy. He is not just my son. He is so much more than that. After my husband died, he handled everything so well that my pain was reduced. There's no other son like him."

In the same interview, Aruna had also revealed that Akshay was quite naughty as a kid and shared, "Itne shaitaan the, poocho mat. (He was so naughty, don't even ask). Tod-phod, shaitan, ek hi kaam tha. Padne mein dhyan bahut kam tha. (Breaking things, he was only interested in wreaking havoc. He had no interest in studies)."

Her passing away has left a huge void in Akshay's life! This year on Mothers' day, the Bell Bottom actor had shared a picture with her and mentioned that there's no one like a mother.