It seems like congratulations are in order for the Khans and Sharmas. If a report in a leading tabloid is to be believed, Salman Khan's sister Arpita Khan Sharma is expecting her second child with hubby Aayush Sharma.

The couple are already parents to a three-year old boy Aayush. As per a report in Mumbai Mirror, Arpita is pregnant and is consulting a doctor from a leading hospital in Bandra. However, the couple is yet to make any official announcement about the same.

Arpita and Aayush tied the knot in a lavish ceremony in Hyderabad's Falaknuma Palace on November 2014. They became parents to a baby boy named Ahil in March 2016.

Salman shares a close bond with his nephew Ahil and often keeps sharing adorable videos with him. In an interview, Ahil's father Aayush had revealed that only his son can dare to wake up the superstar from his sleep.

He was quoted as saying, "With Salman bhai, Arpita has been more like his daughter than a sister. He's always taking care of her like a daughter. Now Arpita and his son is even special. It's not just for Salman bhai, but the whole family. Salman bhai also gets a little break with Ahil. If Ahil wants bhai to get up, he'll pull him and bhai doesn't say anything to him. But we're not allowed. He gets away with everything. Ahil doesn't sleep before 4 am. He likes to party with us. Bhai even takes Ahil with him to shoot".

Check out some of Salman's adorable antics with 'bhanja' Ahil here.

Meanwhile, Aayush made his debut in Bollywood last year with 'LoveYatri' last year opposite Warina Hussain. The film failed to work wonders at the box office. 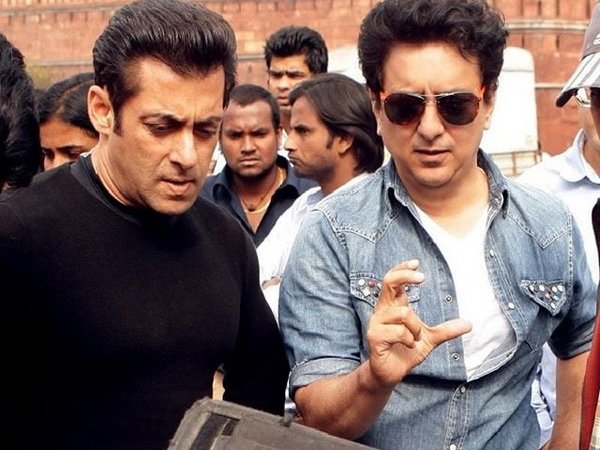 Salman Khan's Kick 2 To Go On Floors Next Year; Exciting Details About The Sequel Revealed!