Deepika Padukone is all set to play Ranveer Singh's on-screen partner again, in Kabir Khan's '83. Deepika will be essaying the role of former Indian cricket captain, Kapil Dev's wife, Romi Dev. Her role is said to be small, but significant in the movie. Reportedly, Romi Dev is mighty impressed with Deepika's transformation for the movie, and felt that she looked like a mirror image of herself, when she met her on the sets.

Vishnu Induri, the producer of the film, was quoted by Mid Day as saying, "When Romi saw Deepika on the set, she remarked that she was looking at a mirror image of herself, from 20 years ago. There is a striking similarity. Kabir and Ranveer had met the Devs at their Delhi home for 10 days before the London schedule, so the director had the opportunity to discuss the inputs with Deepika before they began the shoot."

The tabloid quoted another source as saying, "When Deepika was shooting for her portions in London in July, Kapil Dev and wife Romi had casually dropped in once on the sets. While Romi had met the actor several times before, this was the first time she was seeing her sport her on-screen avatar. Romi was surprised by her transformation. In the film, Dippy sports a shorter hairdo, but has not resorted to using prosthetics. The makers plan to reveal her look as part of the run-up to the teaser's release. During their meetings, Dippy would carefully study her behaviour and has brought these traits alive in front of the camera."

'83 will tell the story of India's World Cup win in 1983. Ranveer will be seen essaying the role of Kapil Dev in the movie. '83 also stars Pankaj Tripathi, Boman Irani, Tahir Raj Bhasin, Chirag Patil and others. '83 wrapped its shooting schedule just yesterday, October 7, and pictures of the wrap party which was attended by Deepika and Ranveer, surfaced on the internet. The film is scheduled for release January 10, 2020. 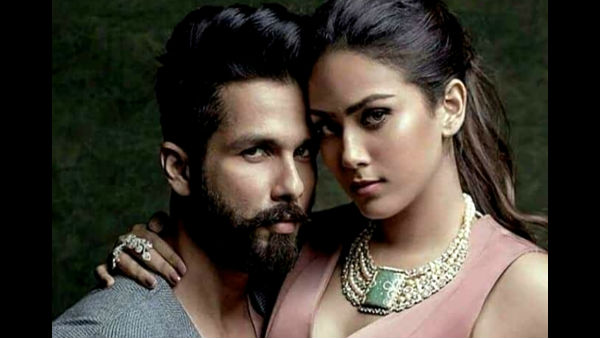 MOST READ: Shahid Kapoor Says Mira Rajput Has All Her Life To Decide If She Wants To Enter Bollywood