Sidharth Malhotra and Riteish Deshmukh are all set to reunite on screen again after working together on Ek Villain in 2014. This time, Sidharth and Riteish will be starring in the movie Marjaavaan, which has debutant actress Tara Sutaria play the role of the leading lady. On Monday night, Sidharth Malhotra, Tara Sutaria, Nora Fatehi, and director Milap Zaveri celebrated the wrap up of Marjaavaan at a party. Check out the pictures of the celebs!

Sidharth Malhotra sported a casual look to the wrap up party of Marjaavaan on Monday night. He looked cool in a black t-shirt with dark wash denims and black shoes, accessorized with a black hat. The actor had tweeted this while presenting the first look of Marjaavaan a while back, "A love worth dying for " Presenting #Marjaavaan .A thrilling game of love and death with @Riteishd again! Very excited to begin working with this amazingly talented team @zmilap @itsBhushanKumar @nikkhiladvani @tarasutaria__ @TSeries @EmmayEntertain See u on 2nd OCTOBER 2019."

Tara Sutaria, who is all set to make her debut with Karan Johar's Student Of The Year 2, starring alongside Tiger Shroff and another debutante, Ananya Pandey, will be seen in Marjaavaan as the leading lady. On Monday night, Tara attended the wrap up party of Marjaavaan, looking hot in a black crop top with sheer detailing, teamed with a pair of black high rise trousers.

The stunning Nora Fatehi was also present at Marjaavaan film's wrap up party on Monday night. She too looked hot in a plunge neck leopard print dress with a thigh high slit.

Director Milap Zaveri At The Wrap Up Party

The director of Marjaavaan, Milap Zaveri was present at the wrap up party of the movie on Monday night. The film is all set for a Dusshera release as it is scheduled to hit the theatres on October 2nd, 2019. Nikkhil Advani, who has produced the film along with Bhushan Kumar, has described the film as "a violent, dramatic love story." Doesn't that sound exciting? 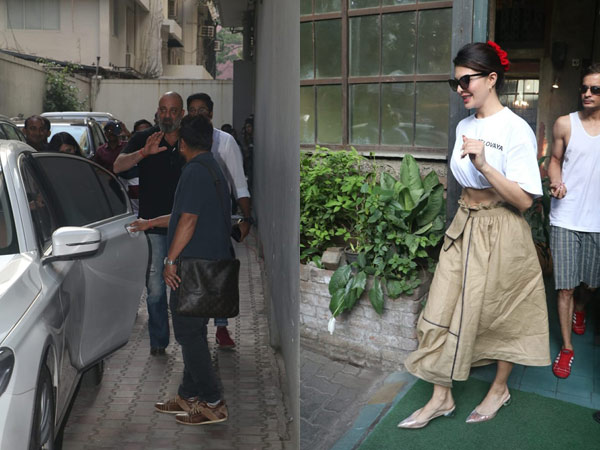