Taapsee Pannu, one of the boldest and most popular names in the film industry, recently appeared on a popular chat show and spoke about pay disparity in Bollywood, ruffling a few feathers. The Pink actress said that she often paid a fraction of what her male co-stars are paid and exposed the dark side of Bollywood. She also said that people often don't give her due credit for her work, pointing out that the critically acclaimed Badla is referred to as an 'Amitabh Bachchan starrer' even though she was the central character of the thriller.

"Even when I do films like Badla, I had more working days or scenes so to say than Mr. Bachchan. He was the hero of the film, I was the antagonist. But the antagonist has more presence in the film than the protagonist. But eventually the film releases, they call it an Amitabh Bachchan film. Yes, when I raise my voice and say I've done almost equal if not more, that's when people recognised and started taking my name because it's such a male-dominated industry, they don't even realise that I might have done more work actually. It was called Sir's film, it won't be called a female film regardless of the fact that I have more scenes, it will be called an Amitabh Bachchan film and the credit will go there," (sic) she added.

Taapsee, however, made it clear that she does not want these issues to be resolved immediately as that would be 'unreasonable' on her part. She also revealed that she plans to let her work do the talking.

Meanwhile, on the professional side of things, the Delhi girl was last seen in Saand Ki Aankh, featuring her as the parallel lead alongside Bhumi Pednekar. She will next be seen in Thappad, which also features Arjun Kapoor in the lead. The lovely lady also has a Tamil movie, starring Kollywood star Jayam Ravi, in her kitty. 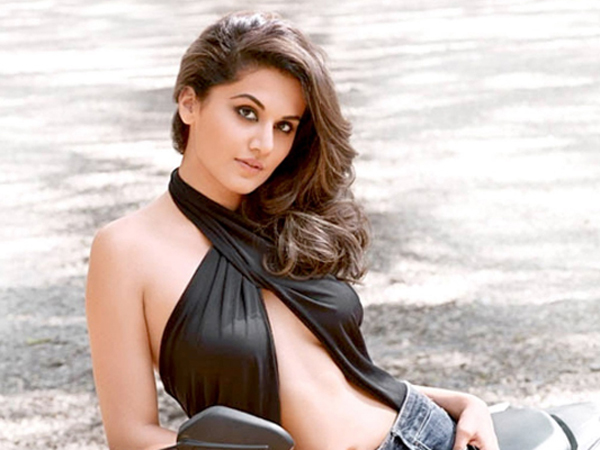 Taapsee Pannu Shops In Foreign Countries To Get 'Me Time'