Disha Patani and Tiger Shroff have reunited on screen for a song from Baaghi 3 titled 'Do You Love Me'. The song occupied the top spot on Twitter trends, when Baaghi 3 makers dropped it on Thursday. Disha sets the stage on fire in this groovy dance number!

Opening in a typical club setting, the video features Disha's sultry dance moves, as she tries to get Tiger's attention. Composed by Tanishk Bagchi and sung by Nikhita Gandhi, 'Do You Love Me' is the official licensed version of the Lebanese band The Bendali Family's hit song of the same name.

Before the song's release, it got embroiled in a controversy when Diet Sabya's Instagram page pointed out that Disha's look is similar to that of a song by British group TroyBoi. However, Nadiadwala Grandson, the makers of Baaghi 3 clarified this by posting a teaser of the song, and confirmed that it was licensed from the original song owner, Rene Bendali.

Baaghi 3 is the third installment of Baaghi, an action-thriller franchise. The film has been directed by Ahmed Khan, and it stars Shraddha Kapoor and Riteish Deshmukh alongside Tiger.

Disha and Tiger, who are rumoured to be dating, starred in the franchise's second installment, Baaghi 2.

Produced by Fox Star Studios, Baaghi 3 is expected to hit theatres in March 2020. 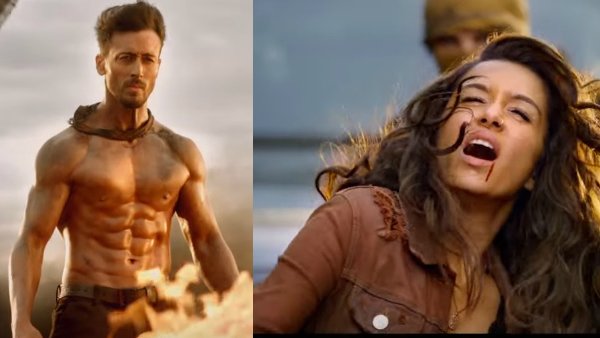