Amid the lockdown, the news of the killing of a pregnant elephant in Kerala has caused an outrage on social media, with netizens demanding justice for the animal. Reportedly, the pregnant tusker was allegedly fed a cracker-stuffed pineapple, which led to its death.

Meanwhile, several Bollywood celebrities took to their respective social media handles to call out the heinous crime. Bollywood superstar Akshay Kumar demanded strict action against the culprits. Besides him, other stars like John Abraham, Varun Dhawan, Alia Bhatt and others also slammed the barbaric killing of the elephant.

Sharing a picture of the elephant, Akshay Kumar tweeted, "Maybe animals are less wild and humans less human. What happened with that #elephant is heartbreaking, inhumane and unacceptable! Strict action should be taken against the culprits. #AllLivesMatter."

The Coolie No.1 actor penned a long note that read, "We pray to him and yet do this. A pregnant elephant was fed cracker stuffed pineapple by unidentified people in Kerala which exploded in her mouth and damaged her jaw. She walked around the village and finally passed away standing in a river. We keep searching for monsters hoping they would be having the devil's horns on their heads. But look around you, the monsters walk beside you. This elephant was going to give birth 18-20 months later."

He further added, "Even after the elephant was injured, she did not crush a single home or hurt a single human being. She just stood in a river because of the excruciating pain and passed away without hurting a single soul. From anybody who throws stones at a stray dog to anybody hurting a living soul, choose one face. A lot of these animals trust human beings because they have been helped by them in the past. This is cruel beyond measure. When you lack empathy and kindness, you do not deserve to be called a human being. To hurt someone is not human. Just stricter laws won't help. We need a decent execution of the law too. Until the guilty are punished in the worst possible way, these wicked monsters will never fear the law. Though it's a difficult task, I hope they are able to find out the one who committed this crime and punish them accordingly."

She shared a screenshot of the news report and wrote, "This is why we need stricter laws against animal cruelty. We all would urge @cmokerala to find the perpetrators and bring them to justice for this heinous crime."

"Terrible. Just terrible. We need to be their VOICE and coexist! Is this meant to be some kind of sick joke? This is heartbreaking!!," posted the actress on her Instagram story.

Meanwhile, according to a report in Times of India, an FIR has been filed against unidentified people in connection to the elephant's death, under relevant sections of Wildlife Protection Act, in Malappuram in Kerala. 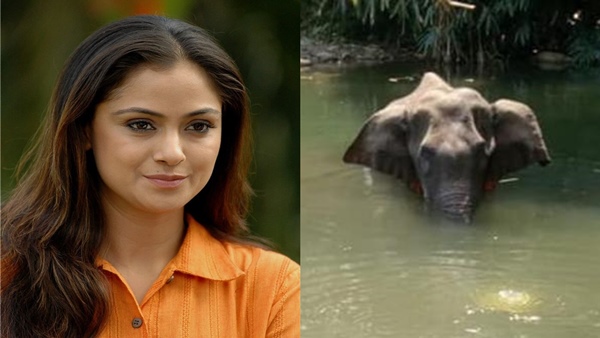 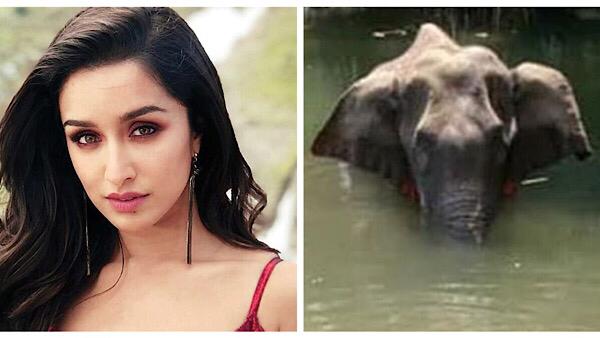