After treating us with the teaser poster of Maidaan, the makers have now dropped two new posters of the film featuring Ajay Devgn. The superstar essays the role of legendary football coach Syed Abdul Rahim, who coached India to victory at the Asian Games in 1951 and 1962.

In this photo, the actor is seen kicking a football while holding an umbrella and a bag in his hand. Clad in a denim shirt and trousers, Ajay paints a simple picture.

Here, the star is seen holding a football in his hand. We also see him briefing his team on the ground.

Meanwhile, reports suggest that the makers have roped in footballers from over 11 countries around the world including Australia, Finland, France, Spain, Vietnam, Japan and Thailand along with some Indian footballers for this sports biopic.

Initially, South actress Keerthy Suresh was supposed to make her Bollywood debut with this Ajay Devgn starrer. However, the makers replaced her with Priyamani as they felt she she looked 'too young' for her part in the film.

Directed by Amit Sharma and produced by Boney Kapoor, Akash Chawla and Arunava Joy Sengupta, Maidaan will hit the big screens on November 27, 2020. 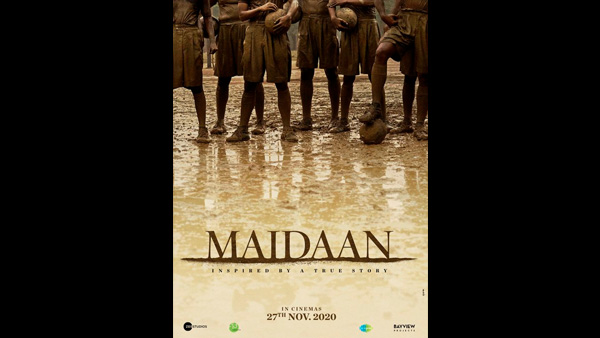 Maidaan Teaser Poster: Ajay Devgn Teases Us With A Glimpse Of His Upcoming Sports Film 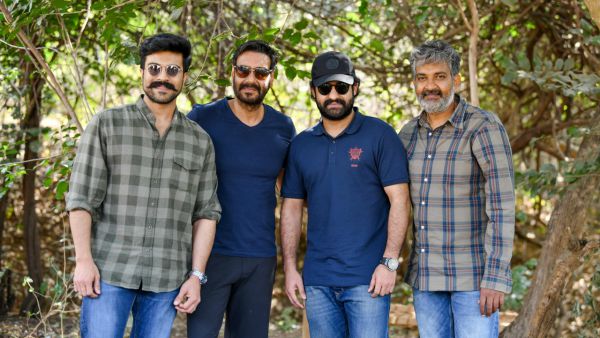