Shah Rukh Khan and Kajol are among the most iconic on-screen couples in the Hindi film industry. The two are not only amazing co-stars, but also share a deep friendship.

Recently, a video of Shah Rukh Khan an Kajol dancing to the title track from Salman Khan's film, Prem Ratan Dhan Payo has gone viral. SRK and Kajol are not holding back in the video, and going all out while grooving to the song at a beach side shack.

It looks like the video was shot during the filming of their movie Dilwale, as they are joined by Varun Dhawan and Kriti Sanon. Shah Rukh Khan is wearing a brown t-shirt paired with ripped denims, whereas Kajol is in a navy blue jumpsuit. Kriti is sporting a grey polka dot t-shirt and black denims, and Varun is in a white short teamed with black shorts.

Take a look at the video -

Dilwale was a 2015 romantic action comedy starring the four actors, directed by Rohit Shetty and produced by Gauri Khan. Although the film did not garner favourable reviews from critics, it collected Rs 148 crore at the box office in India.

Prem Ratan Dhan Payo, on the other hand, starred the Bhai of Bollywood, Salman Khan alongside Sonam Kapoor.

Recently, Kajol started a trend where she named her favourite Bollywood films from the 90s, and tagged her colleagues from the industry to name theirs. The trend did the rounds and soon got to Kriti and Varun. Kriti listed Dilwale Dulhania Le Jayenge, Kuch Kuch Hota Hai, Hum Aapke Hain Koun and Andaz Apna Apna as her favourites. Varun named Aankhen and Kuch Kuch Hota Hain. 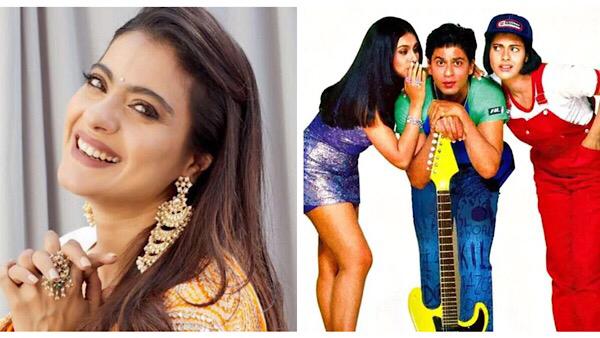 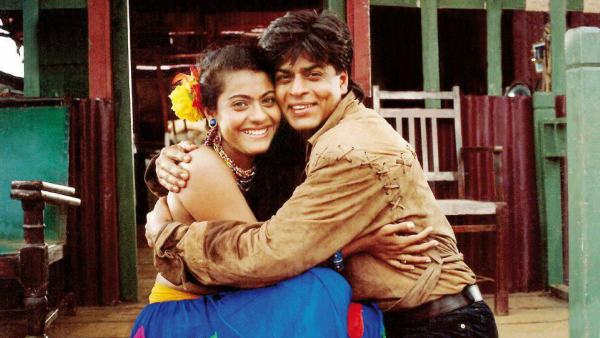