All of 2020, Kangana Ranaut has been vocal about social issues, Bollywood as well as political events. The actress recently took to Twitter and opposed the actor-politician Kamal Haasan's proposal to recognise household work as a salaried profession, and said it would be like putting a price tag on a mother's sacrifices and unwavering commitment.

Kangana is of the opinion that recognising household work as employment will be reducing a home owner to a mere home employee, and it'll be like trying to pay God for his creation. The actress reacted to Shashi Tharoor's tweet who spoke up in support of the proposal. According to reports, Makkal Needhi Maiam (MNM) chief Kamal Haasan in his seven-point agenda for the forthcoming 2021 Tamil Nadu Assembly polls, promised to pay women homemakers a monthly wage for their domestic work.

Kangana wrote, "Don't put a price tag on sex we have with our love, don't pay us for mothering our own, we don't need salary for being the Queens of our own little kingdom our home, stop seeing everything as business. Surrender to your woman she needs all of you not just your love/respect/salary."

Kangana Ranaut Protests The Idea Of Homemakers Being Paid

Ranaut protested the idea further in response to tweets by fans. She wrote to them adding, "It will be worse to reduce a home owner to home employ, to give price tag to mothers sacrifices and life long unwavering commitment, It's like you want to pay God for this creation, cause you suddenly pity him for his efforts. It's partially painful and partially funny thought."

Kangana Will Be Seen In Tejas, Thalaivi And Dhaakad

"How can one compensate for the lack of love/respect for home makers by giving them money? What if the oppressor snatches it and becomes more overpowering? People who treat their mothers or wives like house maids need value system and conscience that's why Dharma is the answer," read another tweet by the actress.

On the work front, Kangana will be seen in several releases like the biopic Thalaivi, action thriller Dhaakad and Tejas.

ALSO READ: Diljit Dosanjh Takes A Dig At Kangana Ranaut; Offers Her Job As His PR 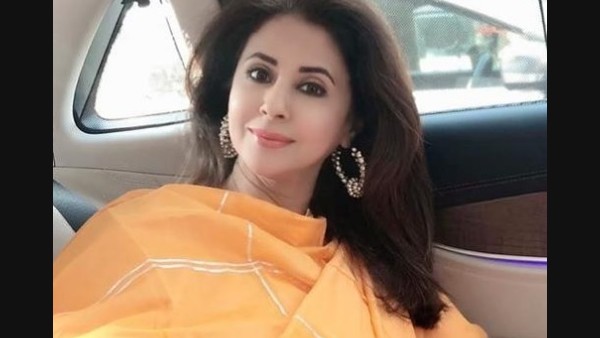