Ayan Mukerji's epic fantasy adventure Brahmastra Part One: Shiva featuring Ranbir Kapoor and Alia Bhatt set the cash registers ringing at the box office. Besides the larger than life visuals, another reason why the film became a talking point is because of Bollywood superstar Shah Rukh Khan's extended cameo as scientist Mohan Bhargava who yields Vanarastra. 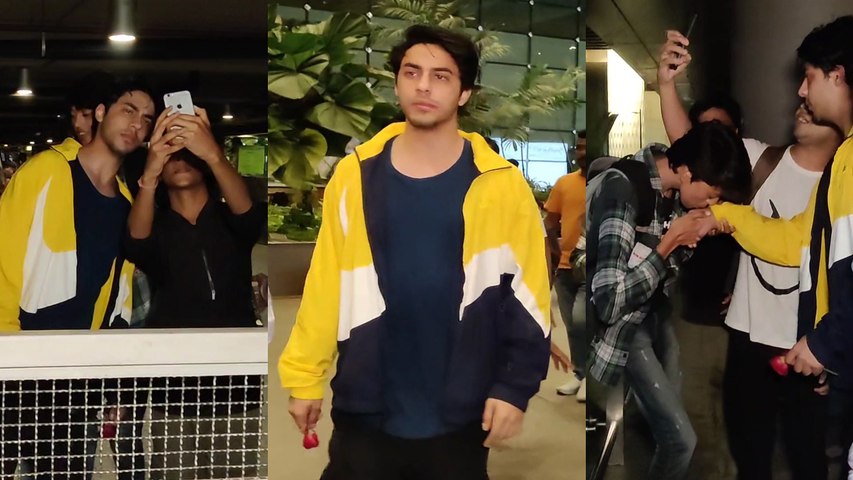 Aryan Khan look cool in dualtoned jacket as he returned Mumbai, poses with fans at the airport

Post the release of Brahmastra Part One: Shiva, several fan theories around the film started floating on the internet. Some even demanded a spin-off to Shah Rukh Khan's character.

Later, in one of his interviews, director Ayan Mukerji revealed that not only Shah Rukh Khan's fans, but the makers have also been thinking on the same lines. He also added that his team also agreed with the idea that SRK's character shouldn't be limited to a cameo in just one film.

Amid this, a poster featuring Aryan Khan hinting at his Bollywood debut with Brahmastra 2 is going viral on social media. Well, it turns out that it's just a fan-made poster and that there's no truth to it.

Talking about Aryan Khan, one hears that the star kid isn't interested in making his career as an actor. Instead, he wishes to explore his skills as a writer-director. If reports are to be believed, King Khan's son is all set to develop a web series which offers a close-up fictitious depiction of the Hindi film industry and has already started working on the same.

Aryan has completed his course in direction and screenplay writing at the University of Southern California in the USA. Recently, he caught everyone's attention with his photoshoot for a shoe brand.