'Koi chehra mita ke, Aur aankh se hata ke, Chand chheentein udaa ke jo gaya...Chhapaak se pehchaan le gaya,' as Arijit Singh's piercing voice plays in the background, we see Malti (Deepika Padukone) wincing and screaming in pain after being attacked with acid. Until a man rushes to her aid and pours a bottle of water over her. This gut-wrenching scene is enough to make one understand how a single 'splash' can destroy one's life.

Iconic Moment: The scenes where Deepika Padukone depicts the agony and struggle of an acid-attack survivor delivers a solid impact.

Amidst the heavy-duty protests and demonstrations in the Capital to seek justice for a rape victim, an elderly man tries to draw the attention of a media reporter to a passport size photo of a young girl (presumably his daughter) who was subjected to acid violence. It's a poignant scene which emphasizes how violence against woman in many forms still continues to haunt the country.

Meanwhile, after unsuccessful attempts in seeking a job owing to her disfigured face post an acid-attack, Malti (Deepika Padukone) decides to work for an NGO run by Amol (Vikrant Massey) which fights against acid attack violence. Slowly, she tries to rebuild her life and help in upliftment of other acid-attack survivors as well.

Not wanting any other girl to undergo similar trauma as her, Malti even files a PIL for acid ban in the country. The rest of the plot revolves around how she triumphs against all odds and brings her culprits to justice.

Inspired by the story of real-life acid attack crusader Laxmi Agarwal, Meghna Gulzar's latest release, Chhapaak majorly revolves around the aftermath of this brutal hate crime. The director sensitively handles this subject and makes us empathize with acid-attack survivors. She chooses to make the film a journey about grit and hope instead of reducing it to a sob story.

On the flip side, the writing falters at places and the slow pace puts you a bit off. The narrative gets a tad repetitive and the non-linear treatment comes across as distracting.

Deepika Padukone as Malti makes you feel her every emotion as your own. Be it the scene where her character is attacked with acid in broad daylight or when she sees her disfigured face in the mirror for the first time, the actress catches the pulse of every sequence and effectively conveys it on the screen. It's bold of a mainstream actress like her to not only act but also produce a film like Chhapaak.

Standing shoulder-to-shoulder with her is Vikrant Massey. His 'silent love' story with Deepika's Malti brings in a breezy relief in the otherwise intense narrative. Meghna Gulzar captures their enticing chemistry in a beautiful way.

Other actors like Madhurjeet Sarghi, Rohit Sukhwami and Devas Dixit put up a good show.

A special mention for the team who worked on Deepika Padukone's prosthetics in the film. Malay Prakash's simplistic cinematography perfectly captures the different layers of the film. Nitin Baid's editing goes well.

The Chhapaak title track sung by Arijit Singh adds emotion to the narrative. Nok-Jhok is a sweet and sour glimpse into Malti (Deepika Padukone) and Amol's (Vikrant Massey) budding romance.

In one of the scenes in the film, Deepika Padukone's Malti quips, "Unhone meri surat badli hai, mera mann nahi" and it makes you realize the importance of standing confident and undeterred even in the darkest phase of life.

We give 3 stars out of 5 for Chhapaak. 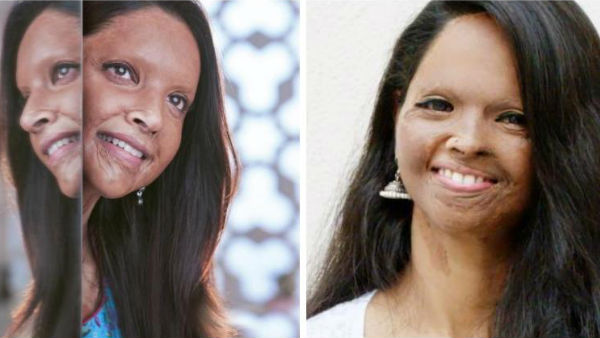 Acid Attacker's Religion In Chhapaak Has Not Been Changed; Nadeem Khan Is Bashir Khan, Not Rajesh 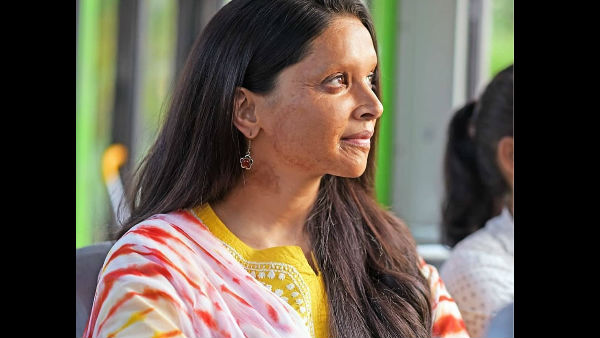