Day 95 on Bigg Boss Kannada 7 witnessed an ugly spat of words between the two team leads of the house. For the uninitiated, the house is currently divided into two teams for the weekly luxury budget task led by Vasuki Vaibhav and Harish Raj.

The day begins smoothly with Makara Sankranti festivities. But towards evening, the luxury budget task named Yuddha Kanda is resumed by Bigg Boss. The game named Kabbina park is won by Vasuki and co, while the opposite team fails to even complete the task.

This is followed by another round of tasks assigned by BB towards bedtime. Both the teams must hide a bunch of Rubik’s cubes throughout the house and prevent the other team from finding them. While the housemates relish the fun task, it takes a drastic turn when Harish takes offense to Vasuki barging into the washroom when he wishes to use it. As their argument quickly escalates, they trade some ugly verbal blows at each other.

Vasuki accuses Harish of being a hypocrite and of showcasing 'hopeless’ behavior. Unable to handle the criticism, Harish lashes out and starts welling at Vasuki. Harish’s own teammate Bhoomi Shetty is seen telling Deepika Das that he’s being unreasonable and that there’s no need to turn a fun task into a physical one.

Later Deepika and Vasuki are seen discussing Harish’s behavior and the fact that he gets very personal during tasks. It will be interesting to see if Harish’s outburst is out of frustration of the task or a ruse to distract the opposing team? 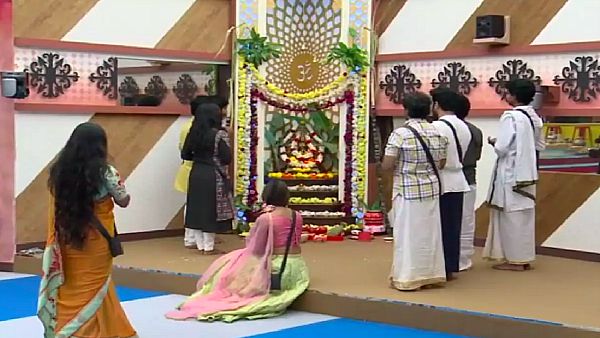