Puzhu, the most-awaited thriller that features megastar Mammootty is all set to release on the renowned OTT platform Sony LIV. The project, which is helmed by newcomer Ratheena, reportedly features the veteran actor in a negative role. In a recent interview given to a leading Malayalam media, Mammootty finally opened up about his character in Puzhu.

The National award-winning actor revealed that he is playing a former police officer in the Ratheena directorial. Interestingly, the actual name of the character will not be revealed in Puzhu, and he is only called nicknames. Mammootty also added that he is indeed playing a negative role, but is entirely different from the dark characters he has played before.

From the official trailer and other promo videos of Puzhu that are released on social media, it is quite evident that Mammootty's character in the movie is a toxic father. The megastar's character is seen being emotionally and psychologically abusive towards his little son Kichu, who is visibly uncomfortable in his presence. The veteran actor's performance in the trailer and promo videos hint that Puzhu is going to be a perfect treat for the viewers, who adore Mammootty, the actor. 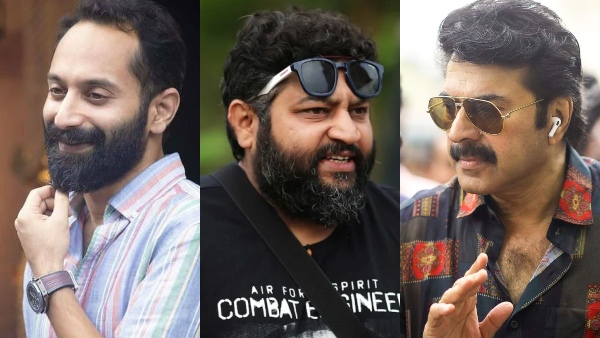 Mammootty-B Unnikrishnan Project Is NOT Dropped; A Major Update To Be Out Soon?

Puzhu also marks the first collaboration of Mammootty and Parvathy Thiruvothu. Even though the makers have kept Parvathy's character completely under the wraps, the promo videos suggest that she is playing the role of a teacher in the film. The actress, who is all excited about the Ratheena directorial, had confirmed that Mammootty is playing a daring character in the film.

The project features an extensive star cast including Nedumudi Venu, Indrans, Malavika Menon, and so on essay the supporting roles. The Mammootty starrer is jointly scripted by Unda writer Harshad and Varathan fame writers duo Suhas and Sharfu. Puzhu is bankrolled by Dulquer Salmaan and S George, under the banners Wayfarer Films and CynCill Celluloid.