As we all know, Akshaya Deodhar and Hardeek Joshi got engaged on May 3, 2022 in the presence of their close friends and family members. Their engagement was indeed a surprise for many people as they never opened up about their relationship. For the unversed, Akshaya was earlier in a relationship with actor Suyash Tilak. After their break-up, Suyash got married to Aayushi Bhave while Akshaya started dating her Tujhyat Jeev Rangala co-star Hardeek.

Ever since the couple got engaged, their fans as well as many Marathi celebs have been congratulating the newly engaged couple in the M-town. Suyash Tilak too congratulated Akshaya Deodhar in the comments section of her Instagram post. He wrote, "Congratulations." Interestingly, Akshaya Deodhar also replied to his comment by stating, "@suyashtlk thank you." 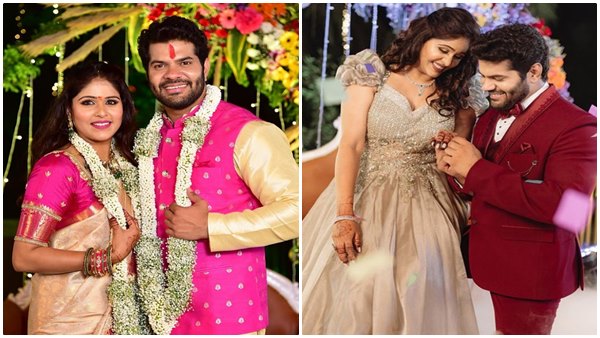 After his comment, one user commented, "Suyashla Ayushi milali goad ahe khup ti .ni akshayala Rana. (Suyash got Aayushi. She is very sweet, and Akshaya got Rana AKA Hardeek.)" (sic) Let us tell you, Suyash and Akshaya were in a relationship for quite a long time. However, the reason behind their break-up is still unknown.

Suyash Tilak Is Still Friends With Ex-GF Akshaya Deodhar; Says Fiancée Aayushi Bhave Is Very Understanding
Now, the duo has moved on in their respective lives. Suyash and Aayushi got married last year in the presence of their close friends and family members. Akshaya Deodhar and Hardeek Joshi are reportedly planning to get married this year.