That Vijay's much-awaited film Master is scheduled to release in April this year is known to all. Co-starring Vijay Sethupathi, Shanthanu Bhagyaraj, Malavika Mohanan, and Andrea Jeremiah, the movie is being directed by Lokesh Kanagaraj and will arrive in cinema halls on April 9. While fans are eagerly waiting to see Master on the big screen, currently the hot topic of discussion is Vijay's upcoming film, Thalapathy 65.

Just last month, Thalapathy 65 was trending on social media and it was being touted that Vijay's upcoming film may release this year itself. However, that's not the case. As per the latest buzz, the Pokkiri star has locked the release date of his 65th film. Unlike what was being said earlier, Thalapathy 65 will most probably have a Pongal release next year.

As per the grapevine, Vijay will be teaming up with talented filmmaker Sudha Kongara for Thalapathy 65. The latter has already given a narration to Vijay and the superstar is quite interested in doing the film. Earlier, there were rumours about Vijay joining hands with AR Murugadoss for the film, however, that's impossible now that RRR has been postponed and will release on January 8, 2021.

This means Vijay and Sudha Kongara's collaboration is pretty much confirmed. Now, all we have to do is wait for the official announcement. Thalapathy 65 will be bankrolled by Sun Pictures. The production banner had previously teamed up with Vijay for the film Sarkar, which was directed by AR Murugadoss back in 2018.

At the moment, while Vijay is busy filming for Master, Sudha Kongara is gearing up for her next release Soorarai Pottru which stars Suriya in the lead. The action-drama is expected to arrive in the cinema halls a little later this year. Co-produced by Suriya and Guneet Monga, Soorarai Pottru is one of the most-awaited Tamil films of this year and also features Aparna Balamurali, Jackie Shroff, Urvashi, Mohan Babu Paresh Rawal and Karunas in key roles.

Vijay To Team Up With THIS Director For His Next? 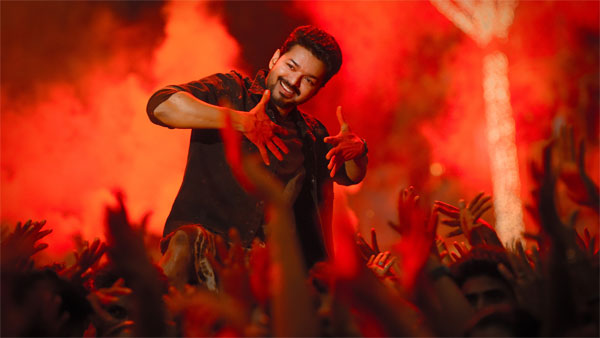 Will Vijay Have Two Releases In 2020? Thalapathy 65 Trends On Social Media!