Vijay Sethupathi, the supremely talented actor is totally busy in his career with some promising projects in the pipeline. Reportedly, the actor has finally started the dubbing for his next outing Laabam, which is directed by SP Jhananathan. Vijay Sethupathi later confirmed the reports by sharing a few stills from the dubbing studio.

In the stills from the dubbing studio that are going viral on social media, Sethupathi is seen with his co-star in Laabam, the popular young actor Kalaiyarasan, and the crew members. Interestingly, netizens are now going gaga over the salt n pepper look the Master actor has sported in the pictures, and are hoping to see him in the same look in a film.

According to the sources close to the project, the post-production activities of Laabam has been progressing on full swing. Director SP Jhananatha and his team have reportedly made sure that they follow all the safety guidelines implemented by the authorities, which includes having fewer members in the technical crew.

If the reports are to be believed, Vijay Sethupathi is playing a social activist who hails from a rural area in Laabam. Shruti Haasan is appearing as the female lead in the movie, thus marking her first onscreen collaboration with Vijay Sethupathi. Sai Dhanshika, the Kabali fame actress is essaying a pivotal role.

As per the reports, Shruti Haasan is playing a challenging character, which has many surprises to offer, in the SP Jhananathan directorial. Jagapati Babu, the senior Telugu actor appears as the lead antagonist in the movie, which will also have Prithvi Pandiarajan in a pivotal role. D Imman has composed the songs and background score for the movie. 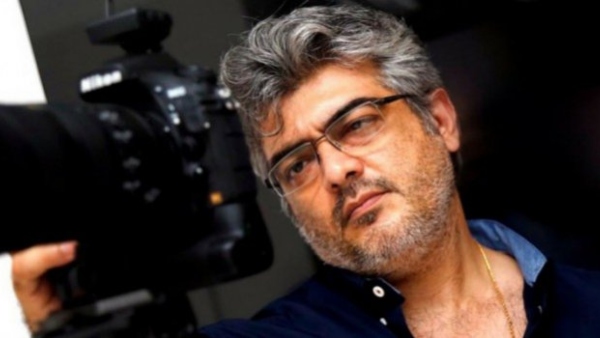 Thala Ajith's Valimai Is A Bilingual: To Release In Hindi!

Karnan Title & Making Video Is Out: The First Glimpse Of The Dhanush Starrer Wins The Internet!