The controversial reality show Bigg Boss 13 has been creating a lot of buzz these days especially regarding the probable list of contestants, theme and hosting! As we had revealed the makers are making major changes on the show, one of which is 'no commoners'! Also, it is being said that the theme of the show might be horror and drama. Now, it is being said that the show might go on air from September. According to BollywoodLife report, Salman Khan has suggested to the makers that the show could use a female co-host to join Salman.

Check out what Salman suggested and also read on to know which celebrities have been approached for the show!

A source close to the development told the entertainment portal, "Salman felt that to add freshness to this year's season, the makers should get a female co-host. Apparently, Salman might take a backseat and give his female co-host more exposure so that she can bring newness to the show. Nothing is concrete as of now, these are mere ongoing conversations."

Pavitra Rishta actress Ankita Lokhande has been in the news for her relationship with Mumbai-based businessman Vicky Jain. Recently, the actress also bought a flat with her boyfriend. It is being said that the couple will be getting married by December this year.

Devoleena Bhattacharjee a became household name with her role of Gopi Bahu on Star Plus show Saath Nibhana Saathiya. The actress was embroiled in a controversy surrounding the murder of diamond merchant Rajeshwar Udani.

According to Spotboye report, Mithun Chakraborty's son Mahaakshay, who was accused of rape and cheating, is considered by the Bigg Boss makers. It has to be recalled that an FIR was also registered against the actor.

Also, Himansh Kohli, who was in the news for his break-up with his singer girlfriend Neha Kakkar, is also being considered for the show. Himansh has been mum about the break-up issue, while Neha has been vocal about it.

Rakhi had shared a picture of hers and Deepak Kalal and captioned it, "Thanks too Salmaan khan and colars 📺 #beingsalmankhan #bingsalmaan@salmaankhan@colartv#salmankhan #bigboos13#endomol #instagram #bigboos12house." We wonder if she is being approached for Bigg Boss or is it a publicity stunt! 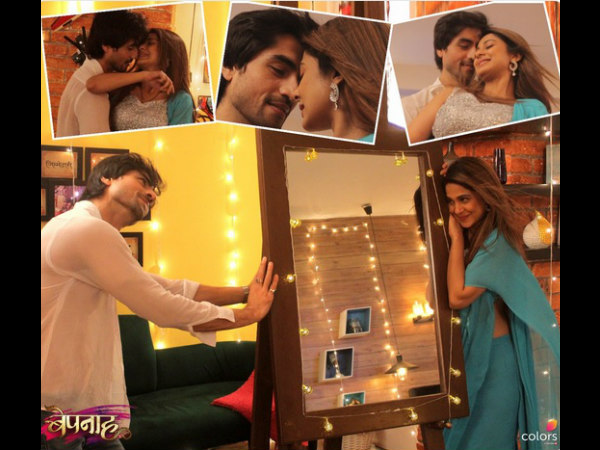